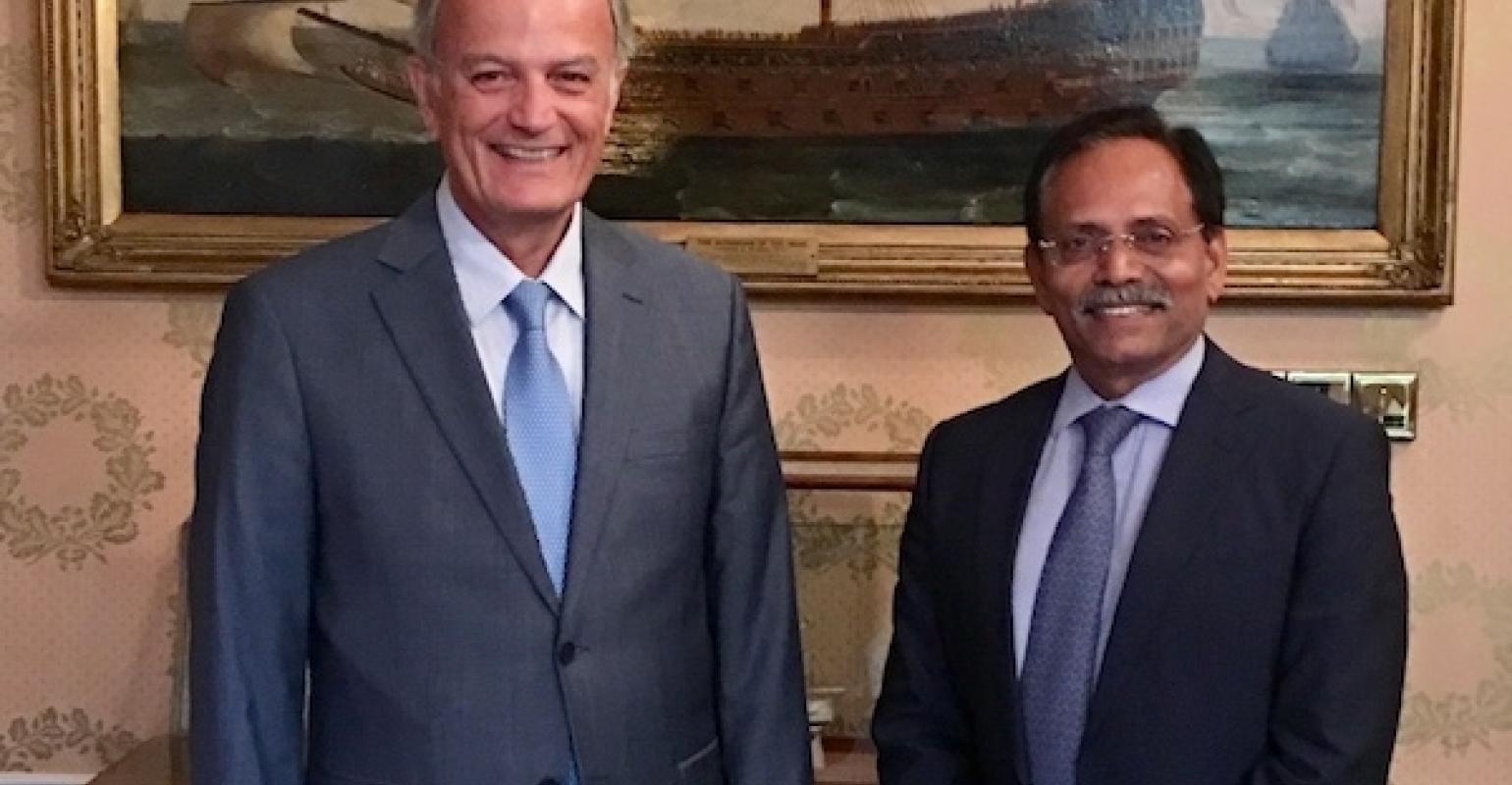 Outgoing Intercargo chairman John Platsidakis took a number of swipes at regulators during his farewell speech at the International Association of Dry Cargo Shipowners’ agm in London this week.

Reflecting on developments in the dry bulk sector during his six years (the maximum permissible) as chairman, Platsidakis noted that much progress had been made in areas such as the safe carriage of cargoes - particularly nickel ore, with the Intercargo secretariat having visited Indonesia, Malaysia and the Philippines to raise awareness of the need for safe loading practices.

But Paltsidakis, also md of Anangel Maritime Services, called on the IMO for stricter enforcement of its Casualty Investigation Code, including the possible “naming and shaming” of non-compliance parties, and regular publication by the IMO of casualty analyses.

IMO was also urged to put in place a more effective system to ensure implementation of adequate Port Reception Facilities (PRFs) for cargo residues and cargo hold washing waters hazardous to the marine environment as required by MARPOL, while Port State Control MoU’s were castigated for not following up allegations of unethical behaviour including graft by member PSCs.

Harshest criticism of regulators, however, was reserved for the area of environmental issues such as the 2020 sulphur cap and ballast water management.

While Platsidakis stressed that Intercargo welcomed the principle of stricter environmental regulations and was highly supportive of the role of the IMO, he questioned how well the International Maritime Organization “comes up with practical and achievable regulations”.

In particular, he said he felt the way that the whole oceangoing tramp sector works, moving rapidly from one geographical sector to another, had been overlooked by its ships being subjected to “far too many local and international regulations.”

Over the 2020 requirement for maximum 0.5% SOx content fuel, he also questioned why the onus for finding solutions - that with just 450 days to go remain dogged by safety and availability uncertainties – lay entirely with shipowners who are only the “last link” in the ocean supply chain and not with other stakeholders such shipbuilders, engine manufacturers, oil refineries or charterers.

And on Ballast Water Management - where the installation of technically unproven systems had been a substantial Capex entirely absorbed by shipowners – the situation had been simply “a mess”, he lamented.

Instead of IMO’s 174 member states being influenced by the agendas of an increasing number of environmental NGOs, such regulations should be based on the recommendations of Joint Working Groups containing maritime practitioners, he urged.

But there were positives in this respect to report as well. Membership of the association and the size of its entered fleet have both grown over the last six years, and links with the secretariat strengthened, meaning Platsidakis expressed full confidence that members’ concerns would be raised in constructive dialogue with regulators in the future.