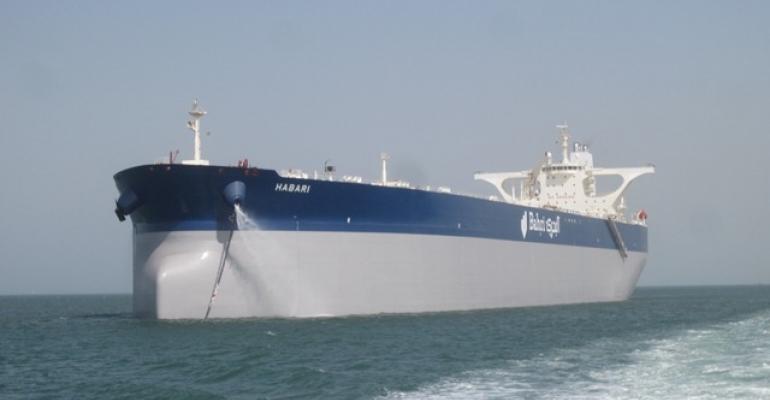 For tanker owners, there is much at stake on 22 June when OPEC oil ministers gather in Vienna for what is likely to be a particularly bad-tempered meeting.

It is at the oil cartel’s Austrian headquarters that the world’s leading oil producers will decide whether or not to keep production curbs in place – they are due to stay until the end of this year – or allow output to rise in light of recently firmer oil prices. A dip in oil prices over this last week suggest that the market is factoring in a likely rise in production levels.

The decision is likely to come after confrontational discussions between producers with different priorities. On the one side, Saudi Arabia and Russia, which is not an OPEC member but has been cooperating in the 24-nation output constraint programme, would like to pump more oil. Both countries have spare production capacity and raising output even at lower prices would yield significant returns. Some other Gulf producers including the UAE and Kuwait could also ramp up output quickly.

The Saudis are under pressure, notably from Donald Trump, to raise output and bring to a halt steadily rising crude prices. Brent oil is up from $46 a barrel in June 2017 to $73 a barrel last Friday and West Texas Intermediate from $45 a year ago to $64 at the end of last week. These latest prices, however, are well down on recent levels where Brent briefly broke through $80 and West Texas Intermediate nudged close to $73.

On the other side, there are OPEC members who would like the price to stay just where it is because they have no spare production capacity and would gain no benefit from any increase in output. These countries include Iran, Iraq and Venezuela. Production levels from two of these nations – Iran and Venezuela – are already at risk. The renewal of Iranian sanctions threaten to disrupt the country’s exports later this year and Venezuela’s production is also under threat as its economic woes continue.

Against a very uncertain oil sector backdrop, OPEC’s own analysis suggests that the cartel may well have to raise production to meet rising oil demand. But the organisation’s most recent monthly report also points out that the oil demand outlook is beset by risks including slowing economic growth in major economies, a withdrawal of fuel subsidies in several key markets, and a continuing shift from oil to natural gas and renewables. The report also noted the potential for supply growth from sources including the US, Brazil and Canada.

Next Friday could be a tipping point for the large tanker market because much of the extra oil produced as a result of raising or lifting production curbs would be long-haul crude shipped from terminals in the Gulf to the east and west, creating a significant hike in tonne-mile demand and absorbing a chunk of today’s excess VLCC capacity.

That is badly needed. According to statistics from Clarkson Research, average earnings for VLCCs so far this year have been little more than $5,600 a day. Despite record scrap sales in the year to date, the 730-strong VLCC fleet is as big as it has ever been and there are well over 100 VLCCs on the orderbook representing about 15% of existing fleet capacity.

In a recent weekly report, New York tanker broker Poten & Partners summed up the situation for tanker owners. “A meaningful increase in long-haul flows from some of the key OPEC exporters would go a long way in turning the crude tanker market around, especially since it will impact the physical market as well as provide a boost to the all-important market psychology.

“The best-case scenario for the tanker market would be a decision by OPEC to boost output, mainly from producers in the Middle East. Combined with Iranian sanctions, more floating storage, this could reverse the decline in OPEC-related tonne-mile demand that resulted from the production cuts of 2017”, the broker said.

The worst case for tanker owners would be for OPEC members to keep production curbs in place, Poten said, because this would not generate any additional shipping demand and, combined with increasing geopolitical tensions, could push oil prices up to new levels which could affect global demand.