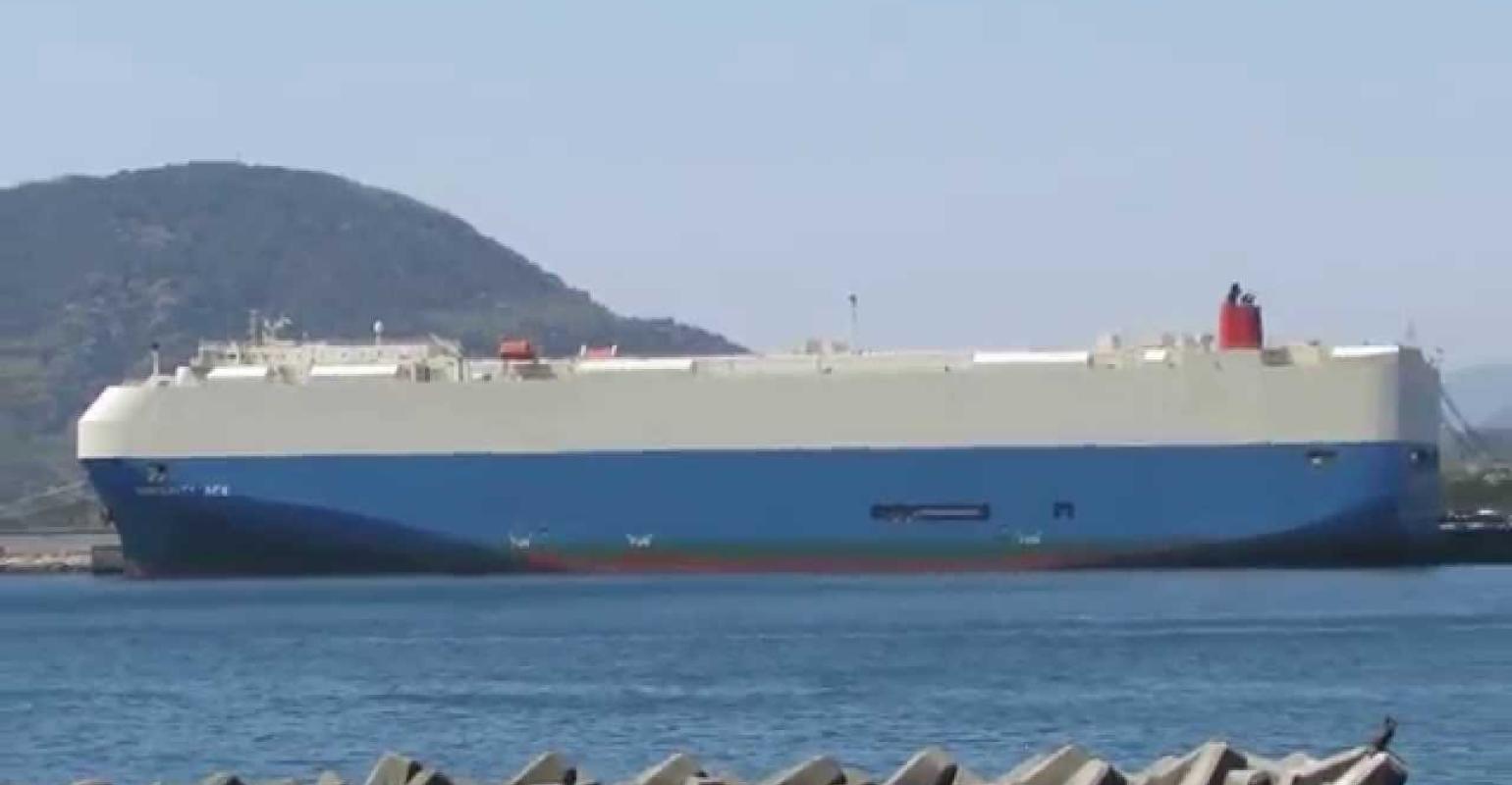 The US Coast Guard (USCG) has suspended the search for the remaining missing crew member from the stricken car carrier Sincerity Ace, while the bodies of four others have been located but are unresponsive.

The abandoned Japanese car carrier owned by Shoei Kisen Kaisha is reported to be listing and still ablaze.

The USCG said it had called off the search for one crew member who remained missing. Vessels in the vicinity that rushed to the Sincerity Ace after the Master reported a serious fire on 31 December and that they would be abandoning ship and were able to rescue 16 of the 21 crew onboard.

Four other seafarers missing in the fire have been located in the water but are responsive, and now believed to be dead. “Four missing mariners were located but remain in the water as they were unresponsive and unable to react to life-saving equipment,” the USCG said in a statement.

“Following the conclusion of morning and afternoon searches by our aircraft and commercial vessels we suspended the active search. This is always a difficult decision and takes many factors into account,” said Chief Petty Officer Dennis Vetrano, with Coast Guard Joint Rescue Coordination Center Honolulu. "We extend our condolences to the families and loved ones of the crew members affected by this tragedy.”

Shoei Kisen Kaisha is coordinating with the vessels that rescued for the surviving crew for their transport to the next port of call.

The Japanese owner and manager has contracted tugs which are expected to arrive on the scene in a few days and they will make attempts to recover the four crew members that are at sea.

The abandoned vessel is reported to remain adrift, listing to starboard and ablaze. The fire broke out on the Sincerity Ace 1,800 nm northwest of Oahu

The Coast Guard, Navy, and five merchant vessels conducted a total of 13 searches covering 5,544 nm sq over a span of three days.

“We are very grateful for the assistance the crews of these vessels have given during the search and rescue efforts,” said Vetrano. “These crew members went out of their way to aid their fellow mariners, and because of the remoteness of the incident the outcome may have been very different had they not responded.”