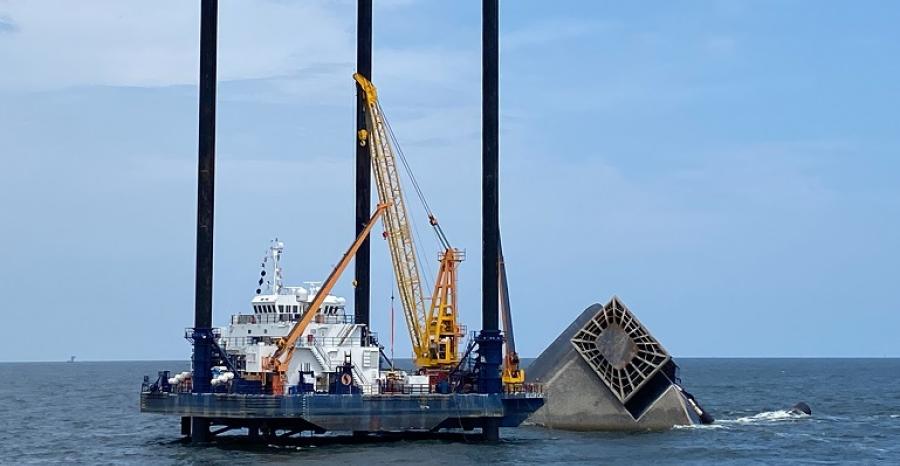 Video: Search continues for 12 missing from capsized liftboat
Apr 15, 2021
Rescuers have recovered one body from the liftboat that capsized and are searching off Louisiana.

Six rescued, search underway for missing from capsized liftboat
Apr 14, 2021
Six people have been rescued and the search is on for more missing from a liftboat that capsized near Port Fourchon.

Failure get to seafarers home risks shutting down the transportation system
Oct 15, 2020
The annual Connecticut Maritime Association (CMA) event has always offered a duality between domestic United States maritime matters, and the international shipping world, and this is no exception as the industry grapples with the issue of crew...

Two dead, two missing from dredger fire in Corpus Christi, USCG calls off search
Aug 24, 2020
The US Coast Guard (USCG) has called off the search for two remaining missing crew from the dredger Waymon L Boyd, which...

Cyprus joins US Qualship 21 list
Apr 09, 2020
Cyprus has joined the USCG’s Qualship 21 list after cementing its position on the Paris and Tokyo MoU ‘white lists’ in relation to the safety performance of flag administrations.