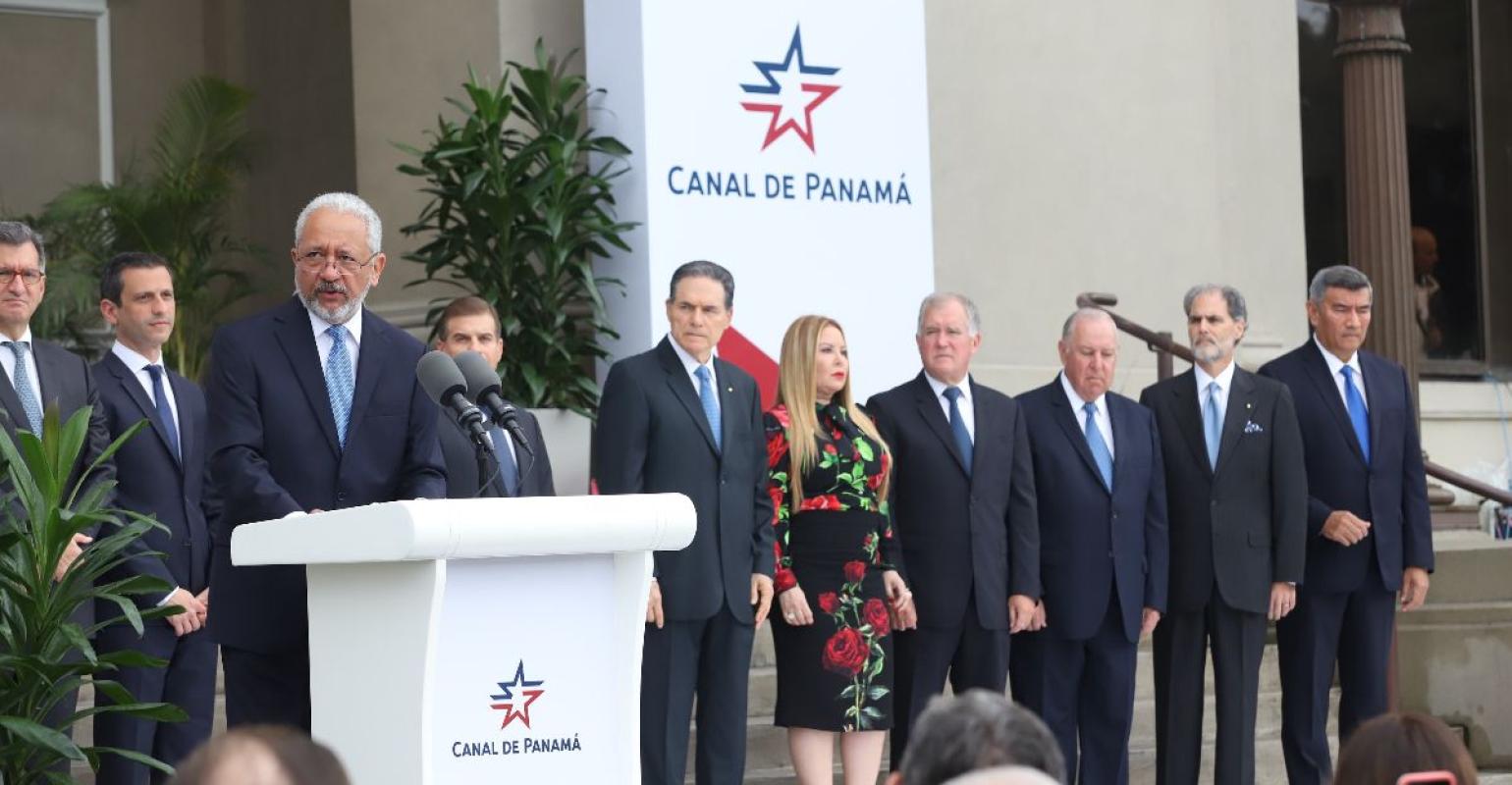 Vasquez takes the helm at the Panama Canal

Ricaurte Vasquez Morales, an economist with more than 30 years' experience in the public and private sector, was sworn-in as the new administrator of the Panama Canal today for a seven-year term at the helm of the waterway.

The appointment comes shortly before the Canal celebrates its 20th year under Panamanian administration on 31 December 2019.

“Just a few months short of the 20th anniversary of the transfer of the Canal to the Panamanian people, we face a distinctly different reality today. Trade now travels along different routes,” said the new Administrator. “This new global reality, in which the Canal operates, requires us to redefine and adapt our business. We must face this challenge with intelligence, courage and imagination.”

The new administrator was sworn-in before the Minister for Canal Affairs and Panama Canal Board of Directors Chairman, Aristides Royo, during a ceremony at the Panama Canal Administration Building, reaffirming the Canal's commitment to efficiently serving the maritime industry.

On 15 February, the Panama Canal Board of Directors, appointed Vasquez as new Canal administrator in accordance with an independent, transparent and rigorous process mandated by the Panamanian Constitution and the Organic Law of the Panama Canal.

He succeeds Jorge L. Quijano, who completed his term as administrator on September 4 after seven years leading the Canal, spending almost all his career, 40 years, at the waterway.

Vasquez begins his term a month before the end of the 2019 fiscal year on 30 September 2019. His appointment takes place during a period of unprecedented growth and record-breaking tonnage for the waterway, set forth by the opening of the expanded Canal in June 2016.

During the transition period Vásquez gradually joined the Canal's institutional and labour regulations and participated in the presentation of the Canal budget for the 2020 fiscal year, in order to ensure a smooth succession, guaranteeing customers an uninterrupted, reliable and safe service.

Next era of growth

‘Catin’ Vasquez as he is known by friends, politicians and all the Canal’s employees, comes back to the Canal at a crucial period to lead the waterway through its next era of growth. He combines both a corporate business experience and knowledge of the Canal’s challenges ahead.

A renowned economist with a PhD in Managerial Economics from Rensselaer Polytechnic Institute and more than 30 years of experience in financial and international capital market management and in the public sector, Vasquez became the first Panamanian finance director of the then- bilateral Panamanian-US Panama Canal Commission in 1996, playing a role in laying the groundwork for the transition to Panama and the waterway expansion programme.

He later served as deputy administrator (2000-2004) to then be Minister for Canal Affairs and Chairman of Panama Canal Board of Directors from 2004 to 2006. From there Catin Vasquez went to the private sector as General Electric's ceo for Central America and the Caribbean and later its executive director and vice president.