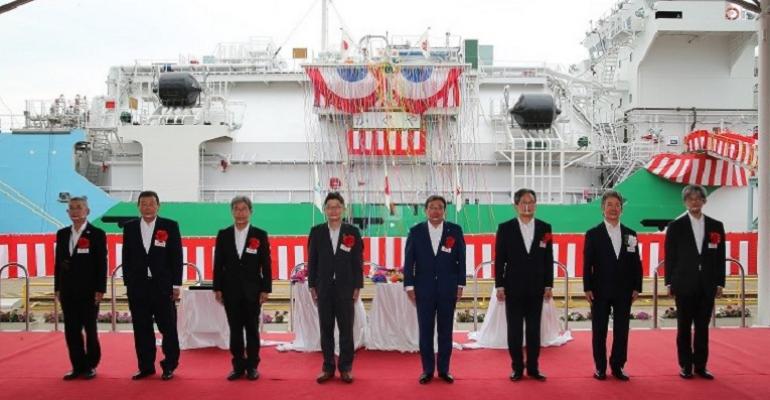 The Kaguya will be operated LNG Marine Fuel Japan Corporation and be based at JERA's Kawagoe Thermal Power Station. It is expected to start delivering LNG to ships in the Chubu region in October or later this year.

“After the start of operation, Kaguya will supply LNG to Sakura Leader, which is the first large LNG-fuelled PCTC (pure car and truck carrier) operated by NYK, and to a new car carrier to be delivered by K-Line this fiscal year, as well as to other LNG-fuelled vessels,” a statement said.