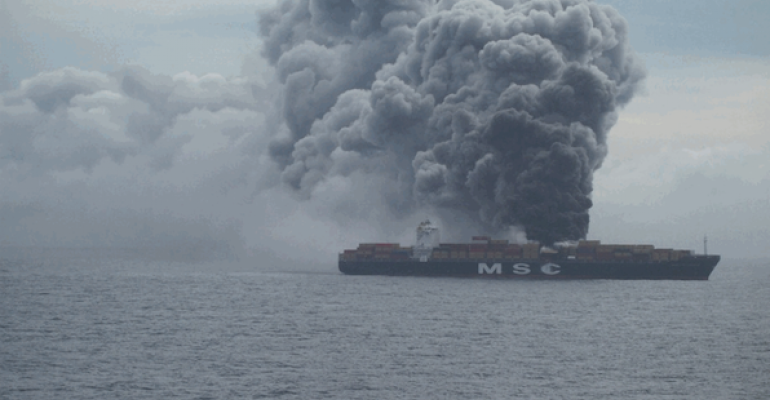 The new notation seeks to address the worrying incidence and effects of conflagrations aboard large vessels, officials of the class society told a media briefing in London on Tuesday.

The working group carried out extensive analysis of cargo fires on container ships to identify critical issues (HAZID), including prevention/ignition, detection, manual fire-fighting, fixed fire-fighting, fire containment/protection of critical areas on the ship, and evacuation. This led on to the drawing up of relevant safety measures and risk control measures (RCM), followed by evaluation of the RCMs in terms of effectiveness and ease of implementation.

The new ECFP notation applies to both existing ships and newbuilds and has three applicable levels:

Related: Counting the costs of fires at sea

BV says it will continue cross-industry projects and assessment of new technologies relating to issue, in conjunction with the likes of IMO, IACS, IUMI and flags, with collaboration on international regulations to be regularly reviewed/updated.