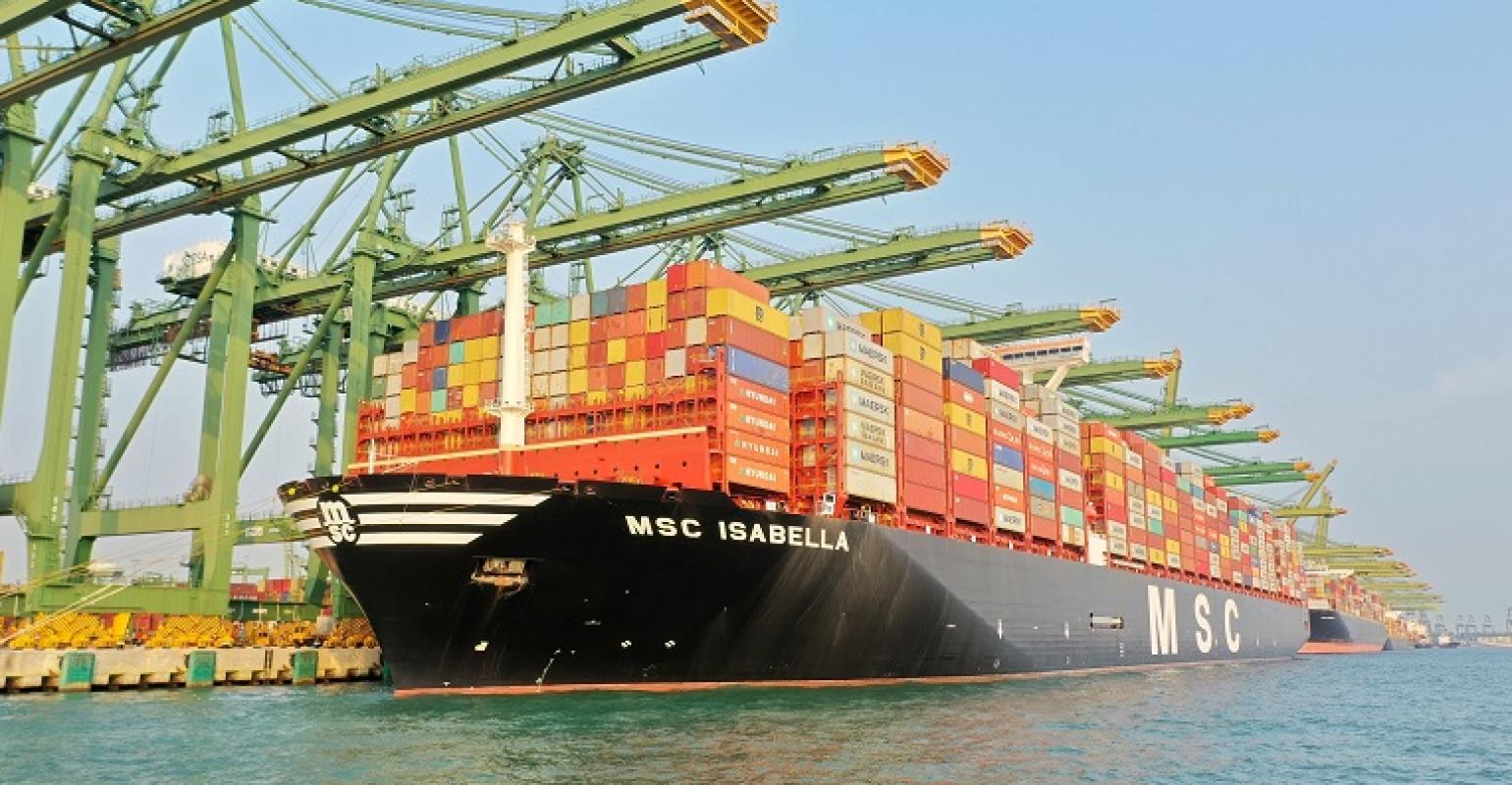 Container cargo rollovers at the world’s top 20 ports in jumped 75% in December 2020 compared to the previous month as lines struggle with a huge surge in volumes and equipment shortages, according to analysts Ocean Insights.

Average rollover rates at ports surveyed by Ocean Insights increased to 37% in December and in some ports went past the 50% mark. The level of rollovers is calculated on the basis of percentage of cargo from a line that left port on a different vessel than originally scheduled.

The figures from Ocean Insights illustrate the impact the collapse in demand in the first half of last year followed by a 30% surge in demand in the second half of 2020, and a resulting shortage of containers that has left shippers scrambled for equipment to ship their goods in.

“Of the 20 global ports for which Ocean Insights collates data, 75% saw an increase in the levels of rollover cargo in December compared to the previous month,” said Ocean Insights coo Josh Brazil.

“Major transhipment facilities such as Port Klang in Malaysia and Colombo in Sri Lanka recorded 50% or more of cargo delayed, with the world’s largest transhipment hub in Singapore and leading primary ports such as Shanghai and Busan rolling over more than a third of their containers, last month.”

At the top end Port Klang in Malaysia saw a 9% increase in rollovers to 55%, and Gioia Tauro in Italy saw some 62% of cargoes rolled over in December. The world’s two largest container ports Shanghai and Singapore saw rollover rates rise 7% to 37%, and 2% to 42% respectively in the last month of 2020. 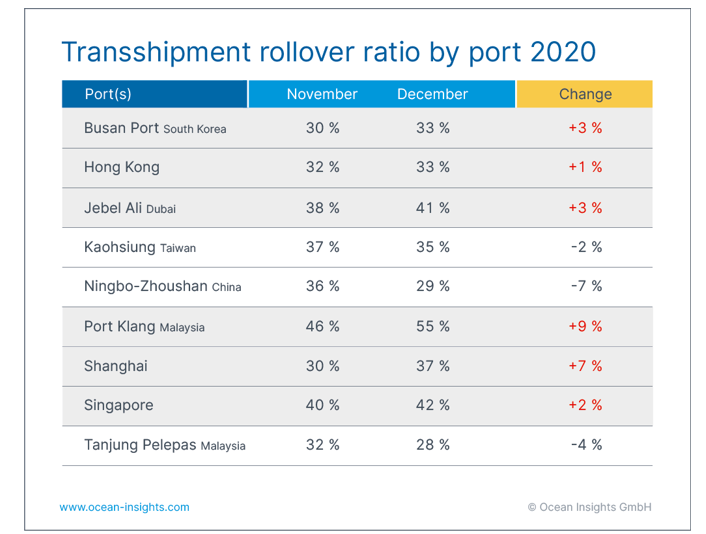 South Korea’s Busan port which had seen a 3% decrease in rollovers in November last year as lines added in extra loaders saw this number going back up by 4% in December.

“This indicates that the levels of cargo are still rising while the extra loader capacity which has been deployed to meet the raised levels of demand appears to be having little effect,” Brazil explained.

The shipping lines with the highest rollover rates in December according to Ocean Insights were CMA CGM with 51% and Ocean Network Express (ONE) with 50%.