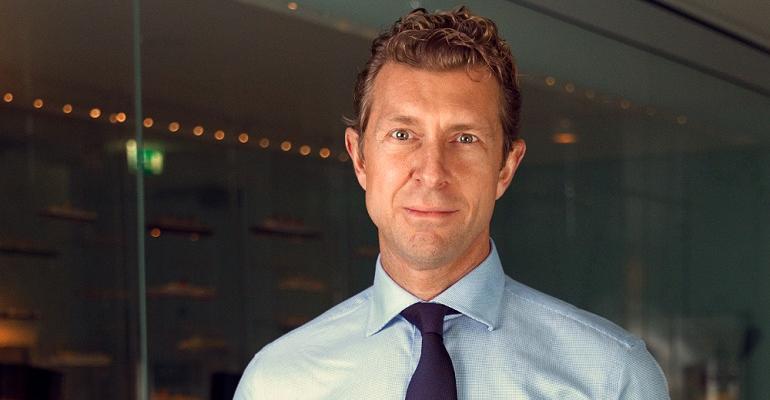 “I believe that air lubrication will become a standard application on newbuild ships,” declared Noah Silberschmidt, founder and CEO of Silverstream Technologies, on Friday.

He was talking to Seatrade Maritime News following announcement of the company’s largest contract so far – a 30-plus ship deal with container line MSC. The newbuildings are reported to be under construction at shipyards in China and South Korea.

Following several years during which successful pilot projects have been completed and installations made with companies including Shell, Carnival and Grimaldi, orders for the company’s Silverstream System are now coming in thick and fast. Firm contracts are in place for 67 ships. Silberschmidt expects to close another 10-15 deals during the final quarter. And the company has a target of 100 installations or more for 2022.

Silverstream has been scaling up for some time, but the pace has accelerated fast as the MSC deal has taken shape over the last six months. During that time, more new ships came into the mix, Silberschmidt revealed, as the liner company pursues an aggressive expansion strategy which is likely to see it overtake Maersk Line as the largest container line in 2022, according to some estimates.

Silverstream’s London employees – 56 at the moment – have moved into a new high-tech London office in Marylebone, a far cry from the small work-place Silberschmidt occupied on the other side of town a decade or so ago. On the other side of the world, a new office is to be set up in SE Asia to liaise with and service shipyards in China and South Korea.

The Silverstream CEO explained some of the reasons why the system is now taking off. The standing of early customers is a key factor, he believes, citing their “Tier One” status and system verification capabilities as important for other shipowners and operators to witness.

A conservative strategy on likely fuel savings is another key point. “We like to under-promise and over-deliver,” he said, explaining that actual savings have been consistently verified by the company itself, independent third parties and, most importantly, by its customers. This cautious policy, when it comes to fuel saving potential, is in marked contrast to some other technology providers.

The system has other benefits too. Silberschmidt revealed that the company is working closely with two marine coatings companies – flat-bottom fouling is dramatically reduced by the bubble flow. The system also has scope to reduce noise and vibration.

Silverstream cites typical fuel savings of 5-10% as likely, depending on variables including hull form and ship operating profile. The MSC ships are likely to demonstrate savings at the lower end of the range, but on the basis of 25-year lives and today’s fuel prices, the savings will run into hundreds of millions of dollars. Meanwhile, recent trials on an LNG carrier for Shell have clocked up savings of about 7.5%, Silberschmidt said. At these levels, there are substantial financial gains and huge emission benefits.

Further along shipping’s decarbonisation journey, as new low- or zero-carbon fuels are taken up, the advantages will focus principally on financial, rather than emission-related benefits. However, since the cost of possible new fuels is likely to be a multiple of fuel prices today, the Silverstream System will have even more appeal, with a shorter payback.

Although the prestigious MSC contract involves new ships, Silberschmidt is keen to point out the opportunities to improve performance on existing ships, through retrofits. This sector of the market is likely to expand significantly as owners and operators decide on strategies to meet the IMO’s decarbonisation targets. The Carbon Intensity Indicator (CII), for example, will tighten steadily from January 2023, when it enters force, until 2030.

A series of successful retrofit projects have been completed recently, despite the challenges of the pandemic, at shipyards in Europe, Middle East, Singapore and China. They require careful planning but are not too complicated. “That is one of the things I am most proud of,” Silberschmidt said. “We haven’t failed at any time during Covid. We plan in advance and deliver.”