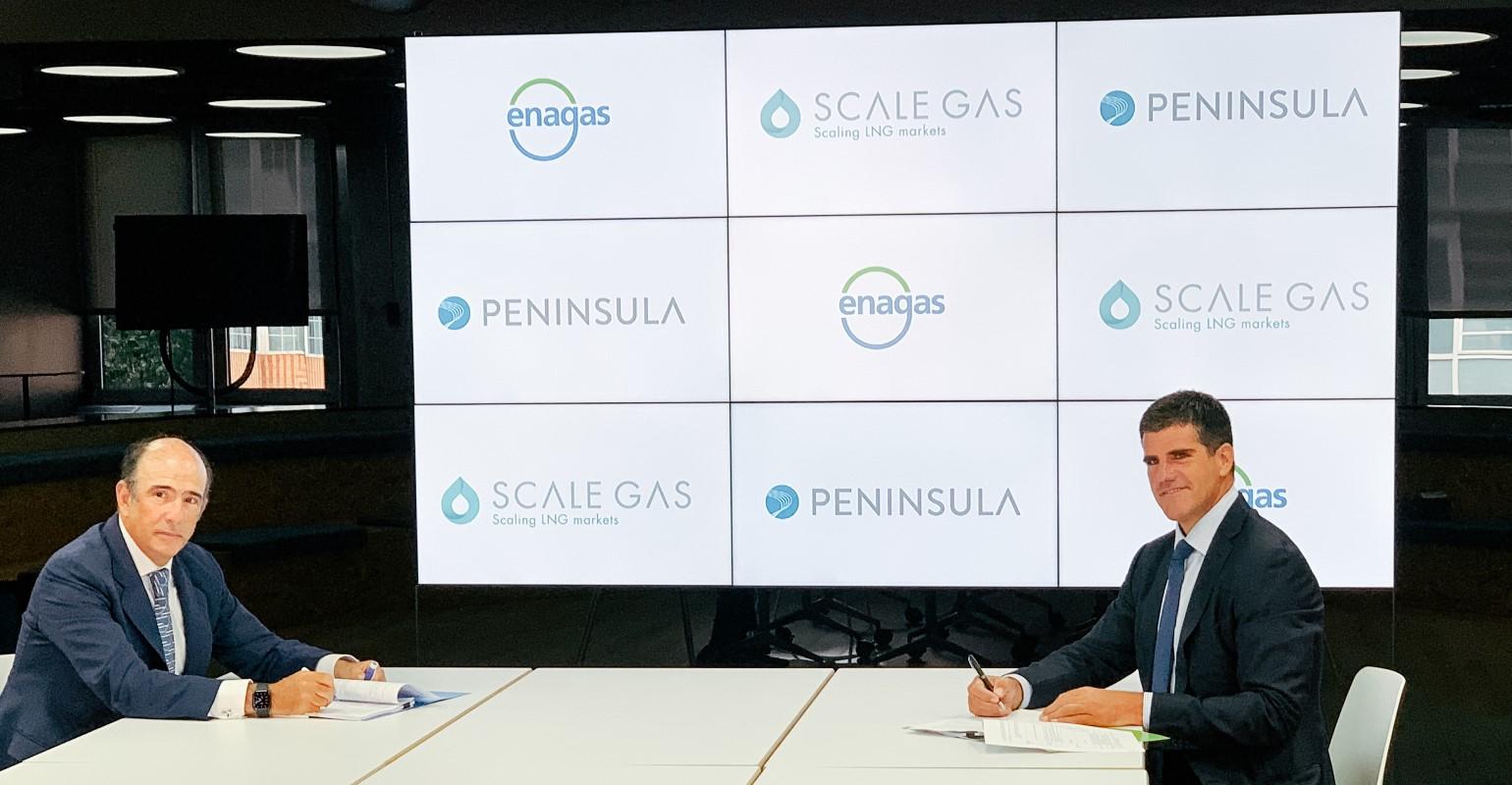 Marcelino Oreja, CEO of Enagás and John A. Bassadone, CEO of Peninsula, at the signing of the agreement
Enagás subsidiary Scale Gas and bunker outfit Peninsula have agreed a joint ownership deal for a newbuild LNG supply vessel.

The 12,500 cu m vessel will be built at Hyundai Mipo and is scheduled for delivery in June 2023 when it will begin a seven-year charter to Peninsula, supplying LNG from its base at Algeciras port.

The ship will operate in the strait of Gilbraltar, loading LNG from Enagás' regasification plants, mainly in Huelva.

The project was co-financed by the European Union’s transport aid program Connecting Europe Facility (CEF) to the tune of EUR11 mln through Enagás, Scale Gas and the Algeciras Port Authority.

“The use of LNG as a marine fuel in Spain will result in the reduction of emissions by 2030 of about two million tons of CO2, the equivalent of replacing more than one million combustion vehicles with electric vehicles,” the companies said in a press release.

John Bassadone, owner and CEO of Peninsula said: “As one of the largest physical suppliers of marine fuels globally, this is the first step of our transition to a more sustainable future. This vessel will hopefully be the first of many that will offer flexibility and solutions across our global network to our customers.”

Scale Gas CEO Oscar Maciñeirasadded: “this agreement is the culmination of a three-year project that consolidates Scale Gas as a relevant player in investment in LNG bunkering infrastructures, one of its major strategic lines."

DEME claims world’s most powerful dredger with Spartacus launch
May 31, 2021