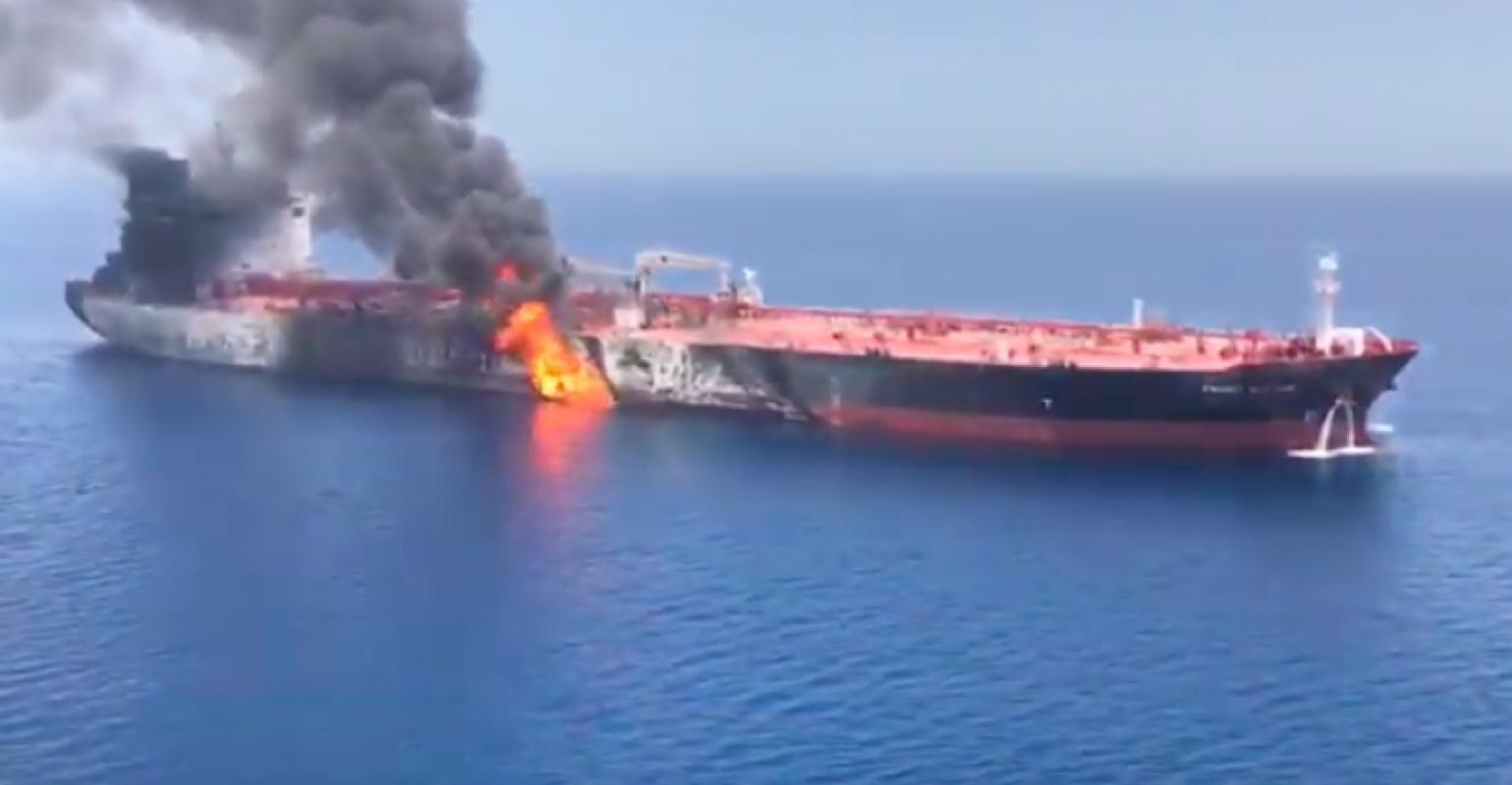 Updated: Two tankers abandoned in attacks in Gulf of Oman

Two tankers, Front Altair and Kokuka Courageous, have been abandoned in the Gulf of Oman followed suspected torpedo attacks.

The Front Altair was reported to have loaded with Napatha before involved in an incident 60 northeast of Fujairah.

The Norwegian Maritime Authority (NMA) confirmed that the Marshall Islands-flagged aframax Front Altair was attacked at  6.03 am in waters between the UAE and Iran.

“There were reportedly three detonations on board the ship. The crew have been rescued by a passing ship and no injuries are reported,” the authority said.

“The ship is now on fire, and measures to resolve the situation have been implemented.”

The crew of the Frontline tanker were reportedly rescued by the Hyundai Dubai.

Multiple reports have said the vessel was hit by a torpedo, although the Norwegian authorities said the background to the attacks was not entirely clear.

Maritime security firm Dryad Global said: "Both vessels appear to have indicated that they believe the attack originated from the surface, however further reports from the Front Altair indicate that the hull was breached on the starboard side partially below the waterline."

Twitter user @maya_alamri2 posted the picture below saying the Front Altair was around 18nm from their position. A statement from the US Navy 5th Fleet said: "We are aware of the reported attack on shipping vessels in the Gulf of Oman. U. Naval Forces in the region received two separate distress calls at 6:12 am local (Bahrain) time and a second one at 7:00 am. The Arleigh Burke-class guided-missile destroyer USS Bainbridge (DDG 96) is rendering assistance."

The crew product carrier the Kokuka Courageous, loaded with a cargo of methanol abandoned ship “after the incident on board which resulted in damage to the ship’s hull starboard side” according to a statement from manager Bernhard Schulte Shipmanagement (BSM).

The manager said the 21 crew were rescued from a lifeboat by the car carrier Coastal Ace which was nearby, and one seafarer was slightly injured and receiving medical attention.

“The Kokuka Courageous remains in the area and is not in any danger of sinking. The cargo of methanol is intact,” BSM said.

“BSM’s top priority is the wellbeing of the 21 crew on board our managed vessel. The Coastal Ace is in the vicinity at a safe distance from the Kokuka Courageous.”

The vessel is about 70 nm from Fujairah and about 14 nm from the coast of Iran.

The incident comes at the time of heightened tensions in the region and threats to commercial shipping following the attacks on four merchant vessels anchored in the Port of Fujairah recently which have been blamed on Iran.