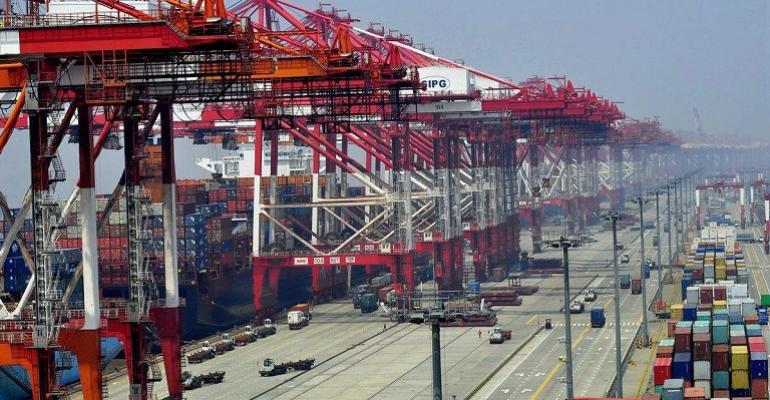 As the lockdown in Shanghai continues and many other Chinese city face curbs due to Covid-19 the number of container vessels waiting outside the country’s ports has almost doubled since February.

According to data from Windward’s Maritime AI platform the number of container vessels waiting outside Chinese ports has grown by 195% since February as first Shenzhen experienced a lockdown in March and then Shanghai in April. The lockdown in Shanghai has now lasted for three weeks.

“The trend is very clear in the April and March snapshots, there were 506 and 470 vessels,  respectively ,stuck outside of Chinese ports. In February, that number was only 260. In essence, lockdowns in China have nearly doubled the congestion outside the country’s ports,” Windward said.

Of some 1,826 container vessels waiting outside ports globally in April, some 27.7% are at Chinese ports, compared to 14.8% according to Windward.

China has been able to keep its ports operational during the recent lockdowns using a closed loop system where the workers live on site, however, container yards have grown highly congested as trucking has been severely impacted by the need for drivers to have a negative test in the last 48 hours. Warehouses have also been closed, and even where factory production has been able to get back up and running there are reports of a shortage of parts.

The impact on could be seen on inland container volume at eight major Chinese ports, which dropped 11.7% year-on-year in early April as port cities grappled with Covid outbreaks.