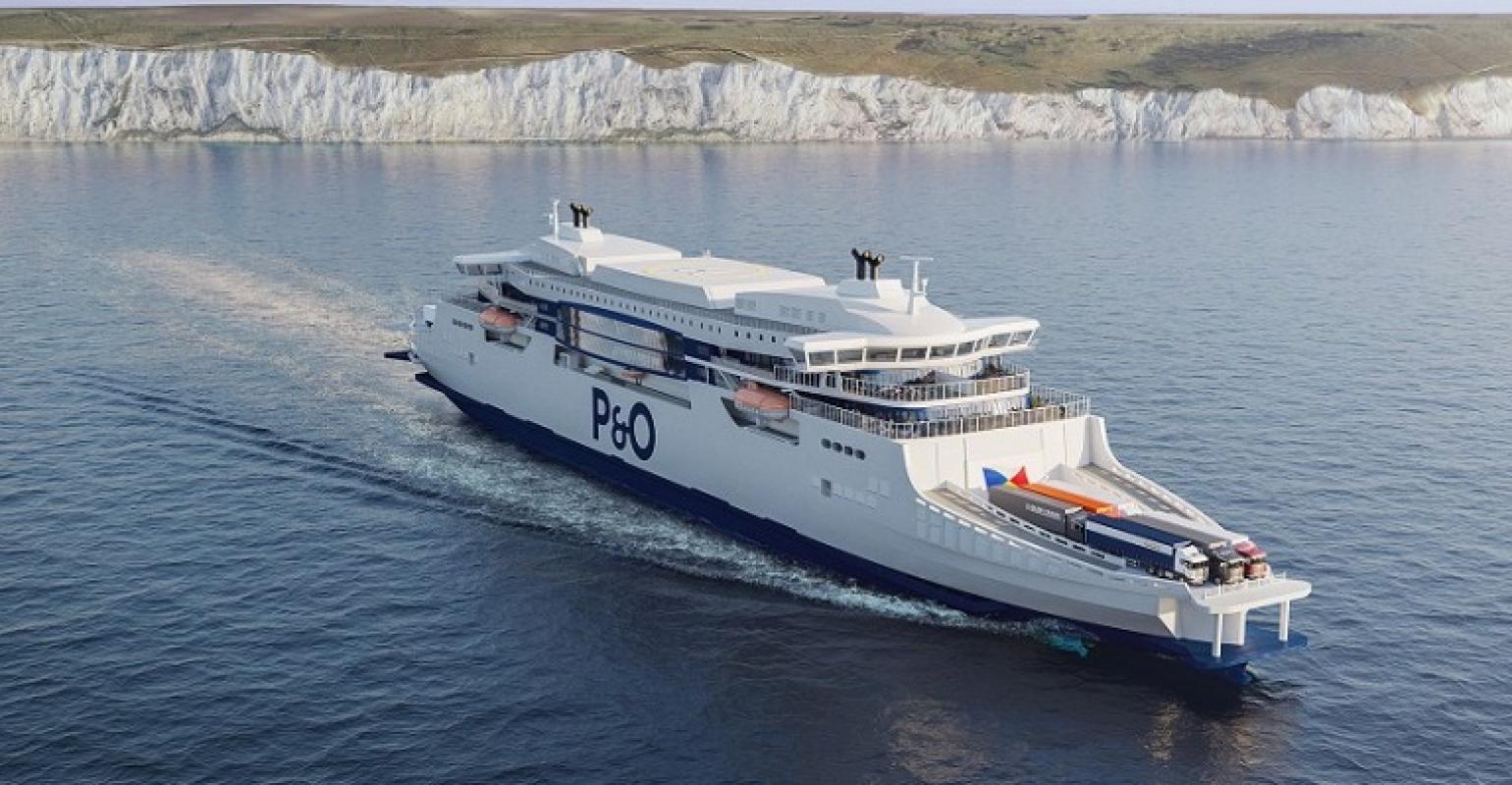 On the eve of the UK leaving the European Union P&O Ferries released the first official images of its new generation of ‘super-ferries’ that will operate on the Channel from 2023 onwards.

Under construction at Guangzhou Shipyard International in China, the new ro-pax vessels have an innovative hull design, measure 230 m in length and will be able to carry up to 1,500 passengers, making them the largest ships ever to sail between Dover and Calais.

Two have been ordered at a combined value of €260m, plus the DP World subsidiary has a further two options for delivery by 2024.

“This major investment will be a vital part of Europe’s transport infrastructure into the 2040s and symbolises our commitment to making trade flow for our customers,” said David Stretch, managing director - Short Routes at P&O Ferries, which operates more than 20 vessels carrying 8.4m passengers and 2.3m freight units every year.

The new vessels will employ hybrid propulsion – a combination of fuel and battery – and waste heat recovery technology, as well as a double-ended design and two bridges, meaning that there will be no need for them to turn around in port. Combined these features will cut fuel consumption by 40% over a conventional design, and P&O Ferries says additional “future proofing” will anticipate the ‘zero carbon emissions ship’.

Port of Dover ceo Doug Bannister has welcomed the commitment by P&O Ferries - and by other major client DFDS - to operate new tonnage out of the port, saying it points to the ‘resilience’ of Dover traffic following Brexit. The port says it will be ‘business as usual’ for freight customers during the Brexit transition period lasting until end 2020 with ‘no new documentation or insurance needed.’

After that the terms of the final trade deal between the UK and EU remains to be negotiated, but Bannister says the port has already been working with the UK government to ensure that any additional checks or paperwork are carried out as far away from the port as possible, to avoid any potential congestion.

Besides, Port of Dover is well versed in dealing with disruption, he points out, and its current schedule of some 60 ferry departures a day on the shortest possible sea crossing to the Continent gives it a unique competitiveness over other alternative routes.