Send us your cargo – Florida ports 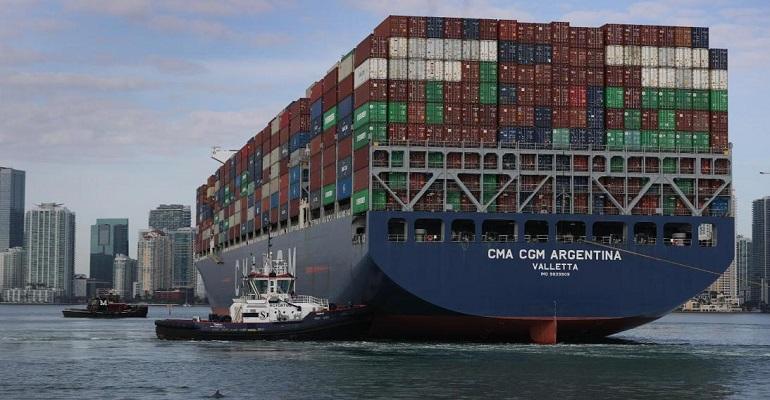 “If your supply chains have been disrupted, or could be, by all the backups at LA-LB (Los Angeles- Long Beach) and elsewhere, send us your cargo” is a paraphrase of the message from the Florida Ports Council, which represents the Sunshine State’s 15 public ports.

At a time that US retailers are urging shoppers to ring their end of year holidays gift-buying earlier than customarily, The Florida Ports Council, with membership that includes behemoths of Miami, Port Everglades, Jacksonville and Tampa, in addition to nearly a dozen smaller ports, is imploring cargo interests to consider moving its imports through Florida.

Other East Coast ports have already seen cargo diversions come their way; Savannah, up the coast from Jacksonville, in neighboring Georgia, has been cited for its growing queues of containerships anchored at its roadstead.

Florida ports, which benefitted greatly from the opening of the widened Panama Canal in 2016, have been able to handle vessels as large as 15,000 teu. In early April, 2021 Port Miami received the 15,072 teu CMA CGM Argentina at its docks. CMA CGM is a part owner of the South Florida Container Terminal, which had deployed six all electric rubber-tired gantry (E-RTGs) cranes in early 2020.

The other ports have also recently upgraded in recent years and are continuing to do so. Port Everglades, in the midst of a project to dredge to 50 ft and expand its turning basin to handle larger vessels and provide additional berths, commissioned three super post-panamax gantry cranes, able to reach across 22 boxes, in March this year.

Jacksonville, farther north, is presently expanding a terminal at  Blount Island to handle multiple post Panamax vessels simultaneously- while creating quay accommodations for additional cranes. Ongoing dredging work, expected to be completed in 2022, will be deepening the shipping channel leading to the terminal.

On the Gulf Coast, Port Tampa Bay, which saw the inauguration of direct service from China in early 2019, also has expansion on its mind with the commissioning of post-panamax cranes in late 2020. The port, which recently completed the dredging of its Big Bend Channel to 43 feet, the authorized depth for US Army Corps of Engineers channel maintenance in Tampa Bay, is now studying additional dredging to accommodate larger vessels.

Florida’s ports are linked to the Southeastern United States through connections to the mainline rail and interstate motorway networks, providing access to a substantial swath of the US population within 24 – 36 hours of cargo discharge. And Florida is a huge market in its own right; with its 2020 Census number pegged at 21.5 million people, it is the third most populous of the 50 states.

For cargo interests, it’s worth a listen to Michael Rubin, who was named President and CEO, Florida Ports Council after a reshuffling earlier in the year, who said: “Florida is where your success comes in, and our seaports are the solution to ensure the cargo shipping logjam doesn’t become the grinch that stole Christmas.”