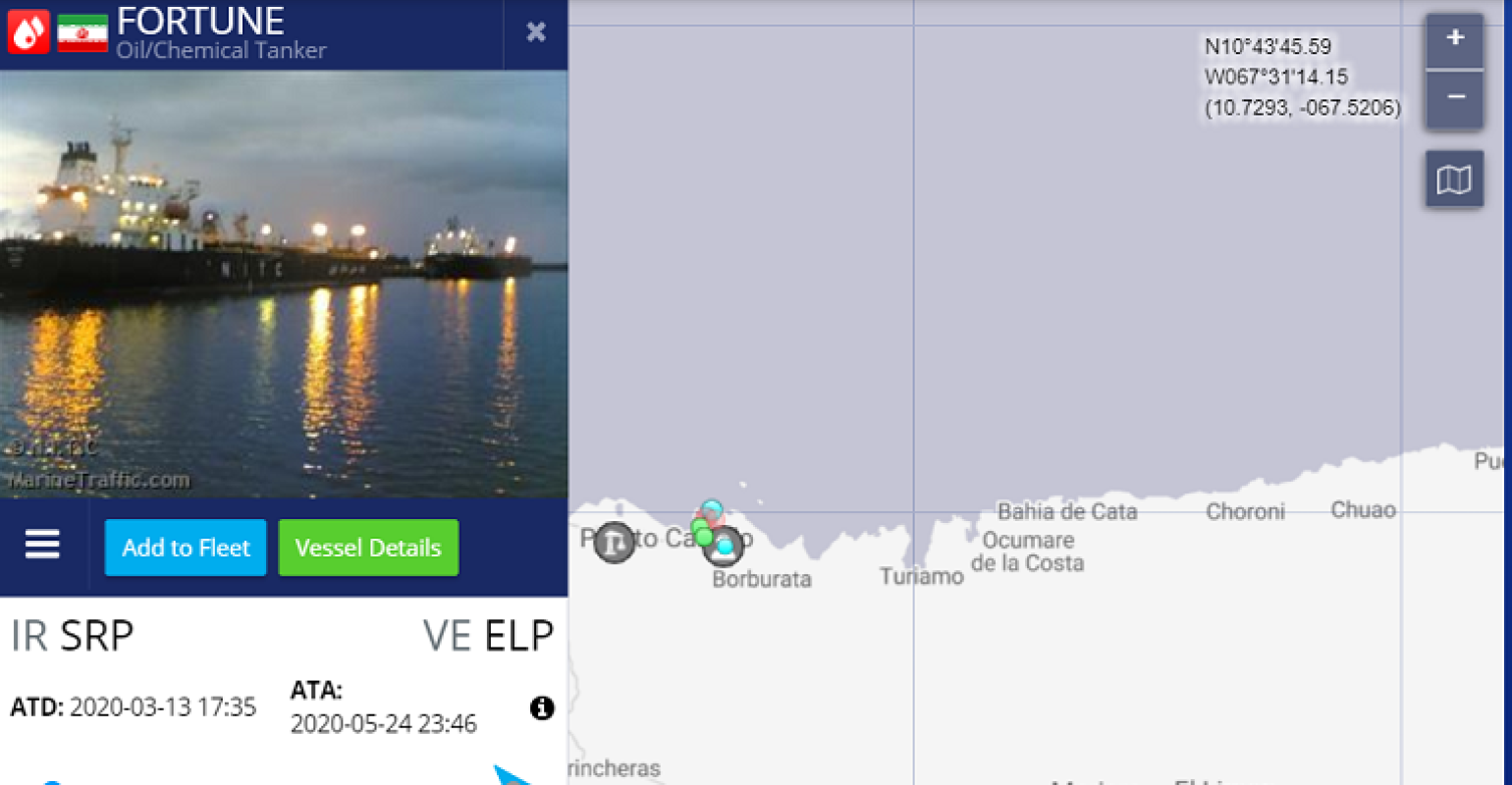 Despite a US official’s warning that Washington was considering a response to the shipment, an Iranian tanker loaded with fuel and oil products arrived Saturday in Venezuela.

Another five ships are expected, completing the transport of 1.5m barrels of gasoline, Reuters reported.

The tanker Fortune entered Venezuelan waters, the first of five vessels carrying fuel and oil products sent from Iran. The shipment comes at a time when the shortage of gasoline in the midst of the COVID-19 pandemic has become more acute in the Caribbean South American nation. The tanker will sail to the El Palito refinery in Puerto Cabello.

Venezuela's Oil Minister Tareck El Aissami announced on his Twitter account that "the ships of the sister Islamic Republic of Iran are already in our exclusive economic zone...Energy cooperation between Iran and Venezuela is based on scientific exchange and productive development of the hydrocarbon industry, in addition to the experience that unites us as OPEC countries. Thank you, brothers".

The Fortune was escorted by ships of the Iranian Armed Forces, as will also be the case with the arrival of the rest of the ships: Forest, Petunia, Faxon and Clavel.

The aid from Iran arrives in the midst of tensions between Tehran and Washington, which has imposed sanctions on Venezuelan oil exports and on Iran. The Iranian President, Hassan Rohani, had warned of "consequences" if the United States prevented the ships from calling at Venezuela. "If our oil tankers in the Caribbean or in any part of the world run into problems," he said.

Hafnia plans for methanol tanker newbuilds on investment into US plant
Sep 15, 2020