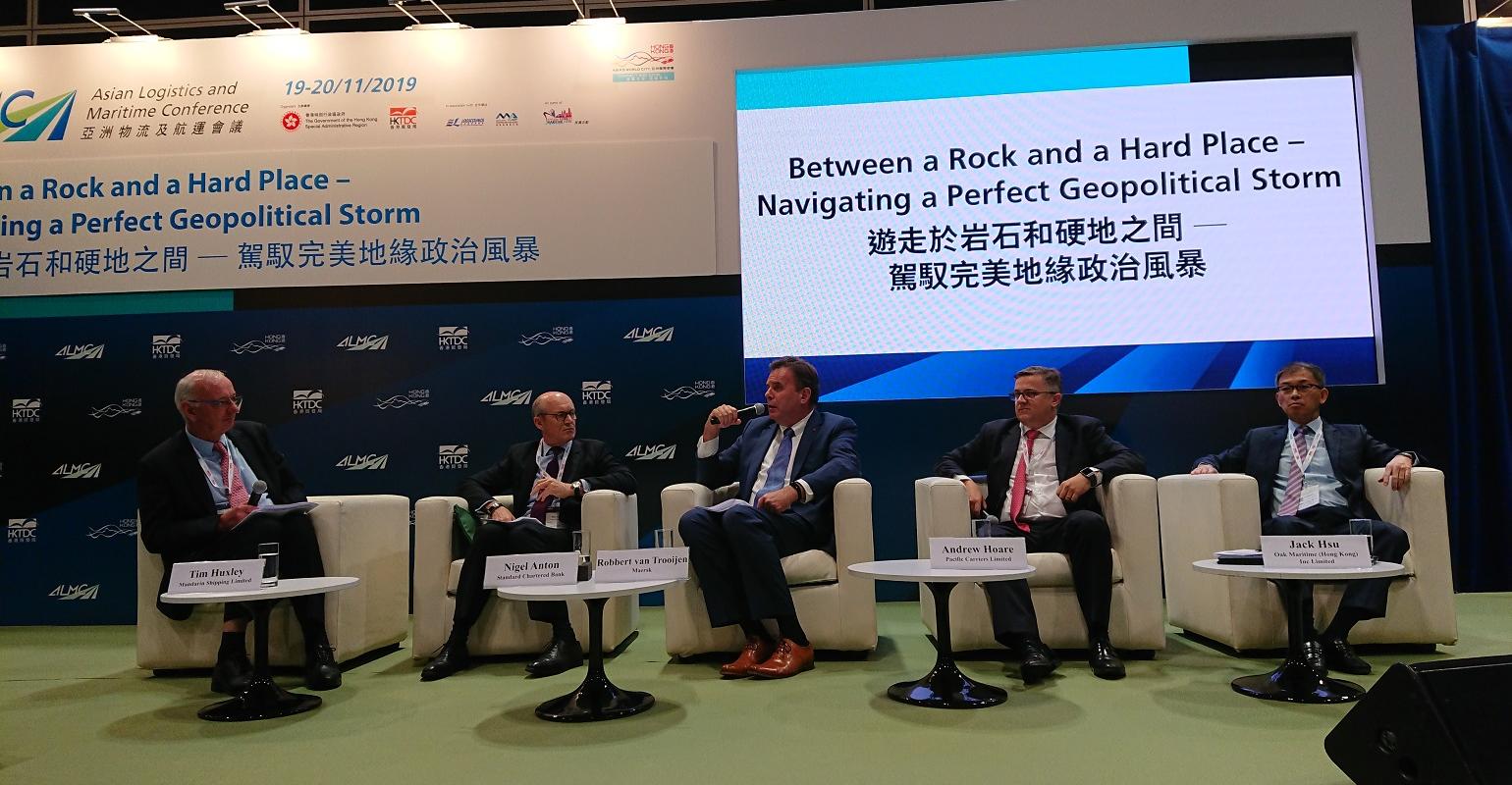 Top shipowners have offered their advice on how to survive and profit in the new shipping world order.

Top shipowners have offered their advice on how to survive and profit in the new shipping world order.

The advice came at the Maritime Forum entitled “Between a Rock and a Hard Place – Navigating a Perfect Geopolitical Storm” as part of the Asian Logistics and Maritime Conference held in Hong Kong today (Tuesday).

Andrew Hoare, head of tankers and gas at Pacific Carriers Limited, said that impact of political risk over the last year seemed to be diminishing except for the one-off Saudi event which was rather short lived. He suggested shipowners are to be more careful in planning as he has observed much shorter cycles in the sector compared to those seen previously.

Illustrating future caution Maersk’s svp and head of Asia Pacific Region Robbert van Trooijen said the firm has no orderbook at the moment, which has never happened in the 13 years he was with the company.

Weighing the pros and cons of being an owner or operator, Oak Maritime (Hong Kong) Inc Limited’s md Jack Hsu suggested that operators with five or seven-year charters could lose badly if they were in the wrong place at the wrong time during the charter, while shipowners have longer to play in the market. However, owners need a strong enough balance sheet to stand the heat if they make a wrong move.

Commenting on how China - US trade talks are affecting the trade environment, Maersk’s van Trooijen said statistically the trade tensions are taking something between half a percentage point and a percent of global trade.

Hoare mentioned that if there is a trade solution agreed over the next few months, he would expect to see improvement in the economy from Q1 next year, which is likely to be led by the developing economies such as Vietnam, the Philippines, Indonesia and China.

The shift of production away from China to other nations is expected to contribute slightly to improving trade environment next year, he added. But if there is no solution to the trade talk anytime soon, he would not expect a recovery until the end of next year.

Hoare stressed that the US situation could be favorable to the tanker market that if the US is exporting more natural gas and moving them on the longer haul trades.