Unprecedented times in the LNG trades 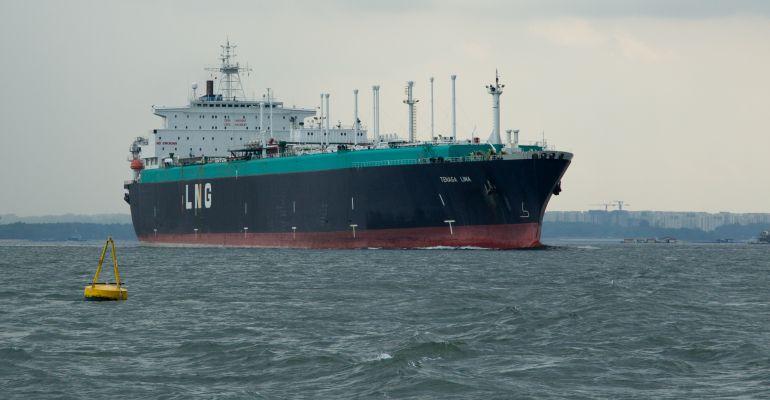 LNG carrier in Johor Strait near MMHE
LNG shipping is seeing exceptional strength, already fueled by geo-political vagaries, and with the impact of winter weather patterns yet to be determined.

His colleague at Poten, Jefferson Clarke, talked about “tonne time” having supplanted tonne miles as the operative metric in explaining LNG shipping’s rise. He said that commodity prices are driving the flows of LNG; “in short, it gives the incentive for charterers to hold on to tonnage…and not get access to tonnage.” He explained that vessel charterers have been moving vigorously into the term market, and explicitly linked high LNG prices with demand for term charters.

Though media headlines within the mainstream and trade press have pointed to charter hires for high end LNG carriers at $400,000 per day or more, spot fixtures are actually few and far between. Oystein Kalleklev, CEO of Flex LNG (NYSE: FLNG) said that, after reviewing fixture lists, that he could only find two spot fixtures done in November.

On a shipowner panel later in the day, Kalleklev opined that “LNG shipping is like a liner trade” in contrast to more spot-oriented commodity sectors, including VLGC/ LPG transporter Avance Gas, where he is Executive Chairman. On that same panel, he described the FLNG strategy, if he were taking delivery of a hypothetical new vessel, as “fix it out, finance it, and pay a hell of a lot of dividends.” He described one year time charters as being in the $200,000 per day range with three-year deals drawing around $170,000 per day but added that “there will be volatility”.

In the earlier panel, he indicated a preference for a strategy of fixing FLNG’s vessels on term business when they come off existing charters, rather than expanding the fleet with expensive newbuilds.

Kalleklev attributed strength in the markets to waiting and delays, which effectively reduce available supply, in explaining the market’s dynamics. In LNG trades, he explained that “tonne time has mitigated the downturn in tonne miles. People are waiting more, people are [deploying] floating storage.” One component of the potential volatility awaiting market participants this time around might be unwinding of such storage if the present “contango” structure LNG pricing was to flatten out, he noted that a precipitous market fall in late 2018 had been brought about by a previous instance of floating storage being unwound.