Advanced digital systems the way ahead for ships: Stopford 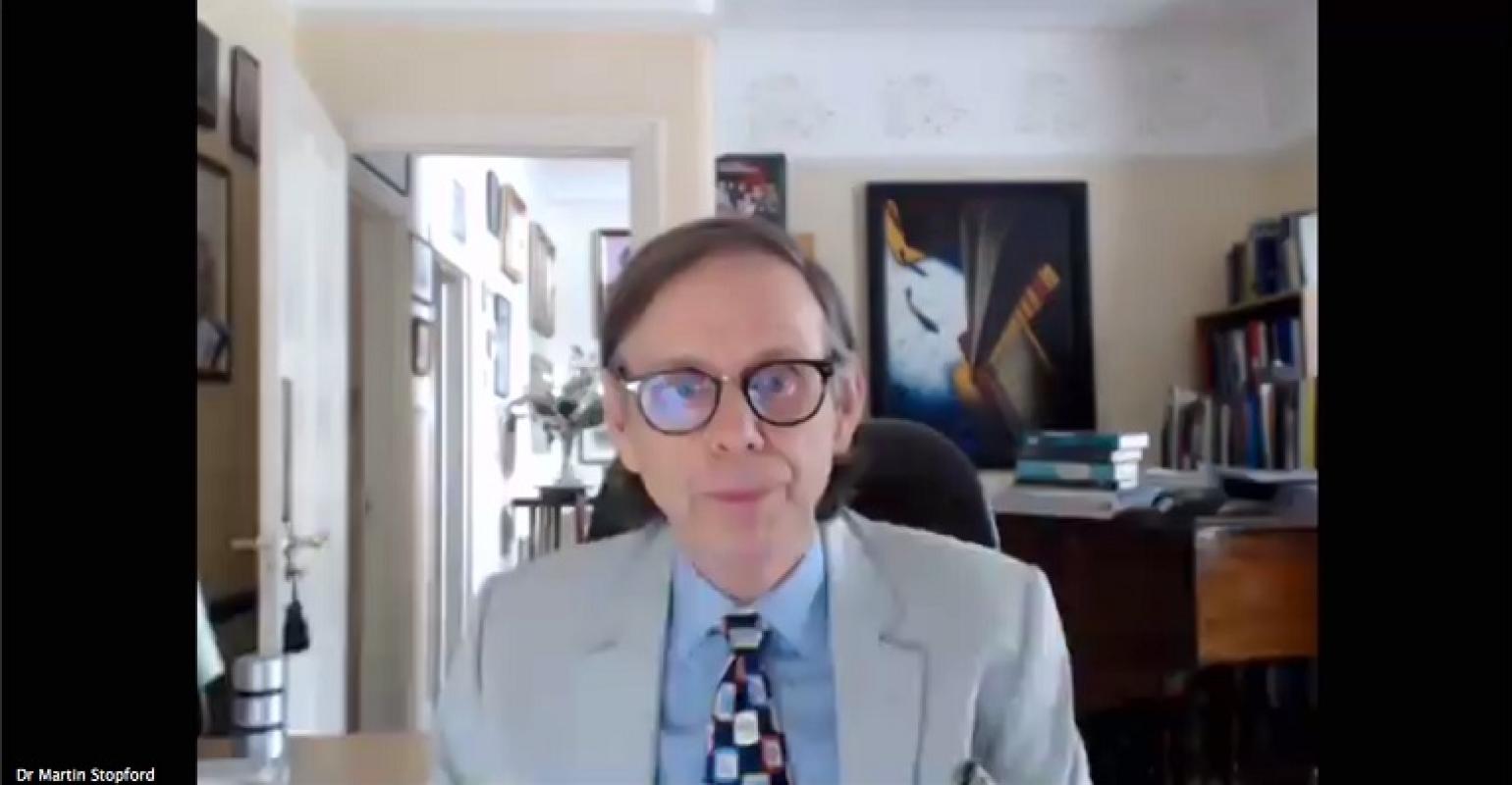 The digital revolution at sea is already under way and the evolution of ship design will follow that of automobiles, according to Dr Martin Stopford, non-executive president of Clarksons Research Services.

Speaking at the third in Marintec China series of Innovation webinars on the 4th Industrial Revolution (I4) at Sea, Stopford, began by explaining that his aim was to convince listeners that a digital revolution at sea was already underway, and for a very good reason.

Shipbuilding practices had changed very little in the 40-odd years since he had started out working in that sector, he mused, “but in 30 years’ time I think it will be very different.”

The webinar, which attracted an audience of 750, also assembled an expert panel comprising Ronald Spithout, president of Inmarsat Maritime; Li Yinqing, chairman of the ISO Technical Committee on Ships and Maritime (TC8) and secretary general of the Association of China’s National Shippbuilding Industry (CANSI); and Christian Møller, svp and chief technology officer of Kongsberg Digital. It was moderated by Michael Duck, Informa Markets’ evp – Asia.

The new generation of smart ships will have “many computer devices sending thousands of networked messages to each other,” he observed, which will prove far more efficient than the point-to-point wiring they will replace.

In this way the evolution of ship design will follow that of automobiles, he added, requiring embedded Electronic Control Units (ECUs), which in turn will bring “cost savings, better error diagnosis, better robustness from electrical disturbances and flexible, easy-to-roll-out upgrades.”

Stopford finished by pointing out that improved satellite systems were the key enabler for I4 at sea, a point Inmarsat’s Spithout was able to seamlessly elaborate.

Inmarsat’s Global Xpress (GX) network had begun with four satellites in 2015, Spithout related, but would reach a total of 12 by 2023. Moreover, technology advances meant each new GX satellite launched was “more powerful than the rest of the network combined,” he noted, and were maritime-dedicated in that they all offer global coverage.

More powerful satellites also now mean that “things we use take for granted on land, such as Microsoft Teams and Zoom, are now being used at sea,” he added.

Interestingly Spithout indicated that companies’ satcoms priorities had altered during the pandemic. “It was all about cost savings but now it’s much more important to streamline supply chain and port communications,” he disclosed.

Kongsberg’s Møller provided details of his company’s new Vessel Insight system designed to facilitate the transfer of vessel data to cloud storage (and back again). Use of the system also allowed companies to standardise data storage practices across fleets of diverse vessels, he added.

But some warning notes were sounded as well about adoption of such advances. CANSI’s Li shared his experience from within ISO that maybe it would prove “a great challenge” to get traditional shipowners to accept the concept and apply new technologies and change their business models.”

In this respect it was telling that the world’s first autonomous and zero emission vessel, Yara Birkeland, was developed not by a shipowner but by a cargo owner and logistics company.

Nevertheless, the work of ISO TC8 is now “focused on onboard networks,” its chairman divulged.

However, Møller pointed out that often there was simply not enough ROI (Return On Investment) to justify shipowners retrofitting these type of system networks aboard their vessels.

The point was accepted ruefully by Stopford. He conceded that from the environmental point of view of adopting advanced digital systems in order to improve efficiency and cut GHG emissions, the need to retrofit the existing fleet of some 60,000 ships “is far more important than newbuildings, frankly.”