Changing trade patterns - US Gulf gearing up for VLCC exports 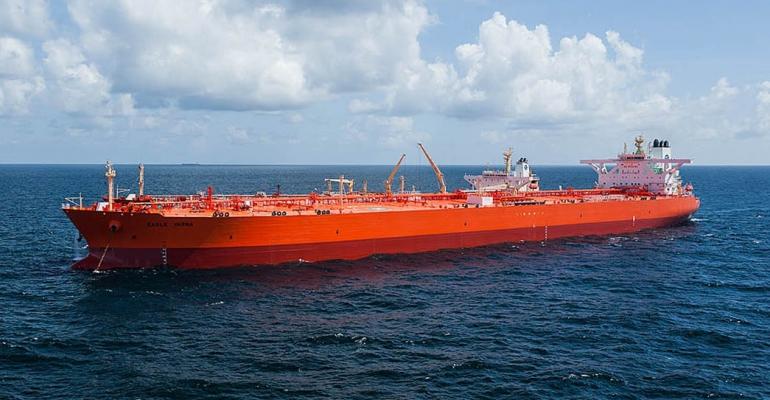 The tide of the US as a net importer of oil continues its reversal, with the latest announcement from Enterprise Products Partners LP (EPD). The energy “mid-streamer” said that it was in the final stages of evaluating an investment in a terminal in the US Gulf that could load VLCCs, for export.

In their announcement, Enterprise said “Based on initial designs, the project could include approximately 80 miles of 42-inch diameter pipeline to an offshore terminal capable of loading and exporting crude oil at approximately 85,000 barrels per hour.” They added that: “A final investment decision will be subject to receiving the requisite state and federal permits and customer demand.”

This announcement comes a month after the EPD-linked Seaway Pipeline, which sources oil at the Cushing, Oklahoma hub, and terminates in Texas City, in Galveston Bay, loaded a VLCC with export oil. Seaway Pipeline said: “The FPMC C Melody, chartered by Vitol, Inc, is the first VLCC to be loaded at a Texas port. The Texas City facility features two docks, a 45-foot draft, an overall length (LOA) of 1,125 feet, a 220-foot beam and the capacity to load crude oil at a rate of 35,000 barrels per hour.”

They explained that roughly 1.1m barrels were loaded at the Texas City facility with the balance lightered in the Gulf of Mexico. In mid July, a second VLCC, Eagle Victoria, was loaded in Texas City, and topped off, by an aframax, out in the US Gulf. These loadings followed a late April call in Texas City by another VLCC, Nave Quasar, reportedly to test the loading facility.

US crude oil exports, which stood at around 400,000 barrels per day (bpd) when President Obama lifted restrictions in late 2016, have now surged- reaching as much as 3m bpd briefly in late June.

Loadings have occurred at LOOP Terminal and through “reverse lighterings” where VLCC’s are filled up in offshore lightering areas in the US Gulf. Logistics will be changing and oil from the burgeoning Permian Basin (in western Texas) is presently “stranded” inland,resulting in a huge price discount, due to lack of capacity to bring it to the coast; new pipeline throughput currently under construction will feed the VLCC loadings in Corpus Christi. One side-show attracting attention are possible reductions in shipments to China from the US Gulf as a result of “trade war” friction; other Asian destinations may or may not pick up the slack.

The story also has a port finance component. Importantly, the ceo of EPD’s General Partner, Jim Teague, in discussing the incipient offshore facility, said: “Capital and infrastructure to support our project would be solely provided by private capital and would not be reliant nor contingent upon state or federal government agency financial support or infrastructure development. We believe this would enable us to deliver this project in a timely manner once permits are granted and the project is underwritten.”

Though the Trump administration seeks to ease all manner of legislative back-ups across the entire infrastructure spectrum, port related projects generally have seen notorious delays due to funding constraints on the US Army Corps of Engineers (USACE) which handles dredging and many aspects of permitting. Indeed, one Texas port, Corpus Christi and also has aspirations for loading VLCCs full of the above-mentioned Permian Basin crude, and will see exports of LNG beginning in early 2019 as Cheniere’s terminal comes online, has taken the step of raising $217m in bond financing to support deepening and other capital needs, without waiting for the USACE.