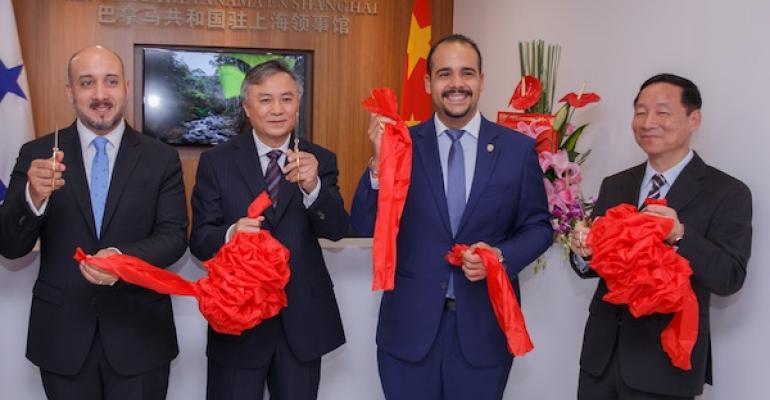 The treaty signed by Panama and China last year on maritime transport will enter into force on 17 May. The agreement  will promote maritime and port development of Panama and China, strengthen the Ship Registry and support the Chinese Maritime Authority in the maritime safety issues of Panama-flaggedvessels sailing in its waters.

Last November, Panama and the People’s Republic of China signed an agreement on maritime transport in Beijing  in presence of China’s President Xi Jiping and Panama’s president Juan Carlos Varela during the first Panamanian official visit to China, after having established diplomatic relations between the two countries in June 2017

Panama’s Minister of Maritime Affairs Jorge Barakat and China’s Minister of Transport Li Xiaopeng put their signature on the accord which marked a milestone in the maritime relations of both countries.

After May 17, Panama Ship registry will receive “the Most Favoured Nation” treatment and the Panama-flagged vessels will enjoy the advantages and lower port costs applicable to other States which have similar agreements with China. The agreement includes transfer of knowledge and technical control of ships’ documentation and crews on board of Panamanian vessels.

Read More: Panama and China sign accord on maritime transport

Minister Jorge Barakat was in Shanghai in April for the opening of the Consulate of Merchant Marine in Shanghai which has the category of Private Merchant Marine and will serve as a technical liaison between the Panamanian administration and China's Maritime Security Authority will ensure compliance with all safety regulations on vessels flying the Panamanian flag. “It is the beginning of a prosperous and very productive era for the relations between our two countries,” said Barakat.

The Segumar Shanghai Office was also opened to offer its services mainly to the flag customers that are in the important and growing market of Asia. Segumar office ‘s main function is to enforce the technical standards established in the International Agreements, ratified by the Republic of Panama, as well as national legislation, regarding safety of human life at sea and prevention of pollution by ships.

It will also offer technical-nautical consultancy, assistance in cases of emergency, issuance of certificates and technical documents that are required on board Panamanian flag vessels, which are issued exclusively by the administration, as well as other services required by shipowners or captains.  Currently the Panama Ship Registry has 14 Segumar offices around the world.