Will ONE be enough in container shipping? 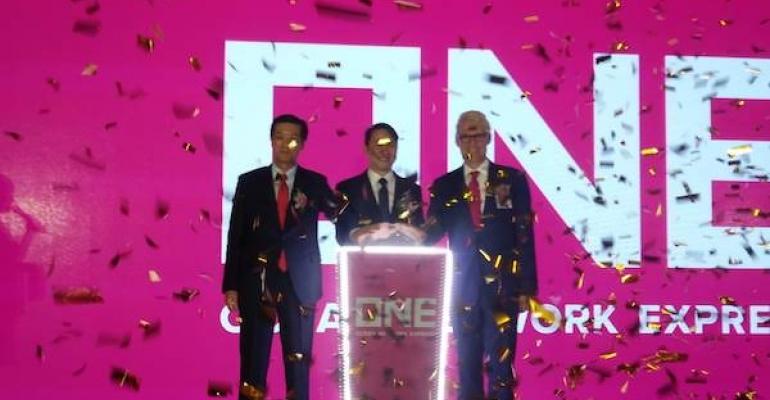 Last week marked what was essentially the beginning of the end of the latest round of container shipping consolidation. Ocean Network Express (ONE) held its official launch reception in Singapore on Thursday, and day later all the conditions being meet for Cosco Shipping's acquisition of Orient Overseas International Ltd (OOIL), owners of Orient Overseas Container Line (OOCL).

It sees the closing out of a slightly over two-and-half year period of consolidation, which started in late-2015 with the approval of merger of Cosco and China Shipping, including their container shipping companies, CMA CGM announcing it was launching a takeover offer for Neptune Orient Lines (NOL) and its container line business APL, which was to be followed by Hapag-Lloyd and United Arab Shipping Co (UASC) moving to merge.

The collapse of Hanjin Shipping in August 2016 accelarated the consolidation process with the container lines of Japan's NYK, Mitsui OSK Lines (MOL) and K Line announcing a merger as new company which become ONE as 1 April 2018, Maersk Line acquiring Hamburg Sud, and finally approval being given on Friday by the Chinese authorities for Cosco Shipping to takeover OOCL.

As the dust begins to settle on all this activity it is becoming clear that for all the bringing together of competitors the same old problems of profitability, overcapacity, battles of market share that lead to freight rate wars, the impact of high fuel prices remain just as they did before merger mania started. And just in case that wasn't enough there is a US – China trade war chucked in for good measure. ONE threw its official launch party in Singapore on Thursday, having been in operation since 1 April, and kicked off in style profiling its strong pink, sorry I mean magenta, branding to over 500 guests. Of all the mergers and acquistions ONE is perhaps the most ambitious creating an entirely new entity, headquartered in Singapore ,with both branding and a head office that say disruptive tech company more than they do container shipping.

Read more: Celebrating three in ONE

The main driver of consolidation in container has been scale, bringing together a global, but highly fragmented sector. Speaking at press briefing prior to the launch event Jeremy Nixon, ceo of ONE said: “We're not positioned in the top three or four but you could say we are somewhere between five and six, which gives us a lot more momentum to ride out the uncertaintities and challenges of global shipping.”

Once Cosco Shipping has taken over OOCL there will be a distinct premier league in size terms of Maersk Line, MSC, Cosco Shipping and CMA CGM all in the 11% - 19% of global capacity each, with ONE and Hapag-Lloyd in second tier of around 7% each trailed by Evergreen with 5%, based on figures from Alphaliner.

So where does that actually leave the newly minted ONE? “We have the top three certainly positioned for cost leadership, we have a number of niche carriers in our industry all very good at looking after the local markets and specific regional areas, and we think we fill the gap between the two as a hybrid carrier with a differentiated strategy. So global service, global coverage, good scale, but one single brand for the customer so we can look after all of them in 120 countries in the world, but particular strong focus on service delivery,” Nixon explained at the briefing.

Exactly what ONE's niche areas are seems slightly hard to define. Certaintly on a regional level there would be the three parent companies home market of Japan, beyond this statements on service delivery and investments in IT infrastructure, customer systems and the like would appear little different from those of ONE's competitors.

More worryingly though the wider operating landscape of container shipping seems to dictate profitability and business success, or the lack thereof, far more than any amount of scale, cost leadership, or differentiated business strategies can bring even the largest players.

After a relatively successful 2017 for container lines it might have been tempting to believe consolidation had changed things, but 2018 has very much put that into perspective as freight rates wars break out on the transpacific trade, fuel prices soar again forcing lines to introduce surcharges, and carriers fall back into the red again. Asked by Seatrade Maritime News about the situation Nixon was realistic about the challenges both ONE and other lines face. “Many of us are operating on the same level in markets. We have the same ship types, the same fuel prices, we face the same seasonality. So it's not always about scale and administration costs it's also about the operational costs, which at the moment in some trades are quite challenging when you look at the individual carrier's operational costs.

“With regards to Ocean Network Express of course we do have more scale than the three historical legacy companies and we want to be able to that scale as effectively as we can in those markets where we didn't quite have the economies of scale before. So it will be useful but there is no guarantee for any carrier they will not suffer from some quite difficult trading conditions.”

The ambition of ONE to create an entirely new and fresh face in container shipping is both clear and admirable, how much difference it can really make in a market impacted by so many internal and external forces though remains to be seen.