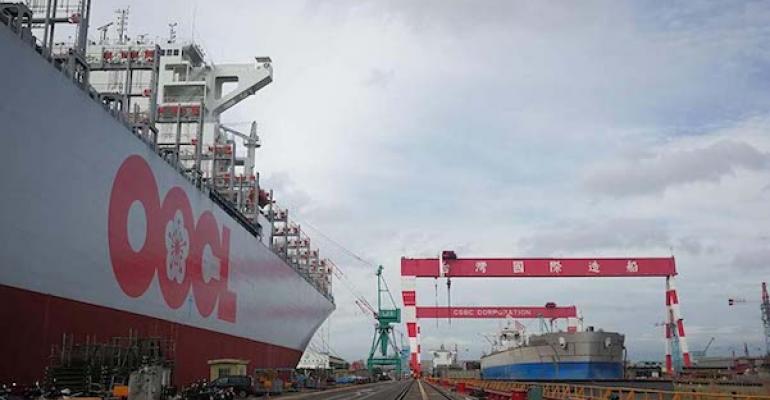 The retrofitting job on the large ship took about one-and-a-half months to complete, according to the local news report.

The vessel docked on 22 May and the work was completed on 9 July.

The shipyard said the space constraints of the engine room and the need to install pipelines under specific arrangement within limited space are among the challenges of the work.

“The construction is relatively complicated, and the pre-preparation time of the case is relatively rushed, which adds a lot of difficulty in the modification operation,” CSBC stated.

The containership’s scrubber retrofit is a response to the 1 January 2020 deadline by IMO when the global sulphur cap regulation will be enforced. Ships will be required to burn bunker fuel with a maximum sulphur content of 0.5%, and the use of exhaust gas cleaning systems, or scrubbers, will enable ships to continue using high sulphur bunker fuels.