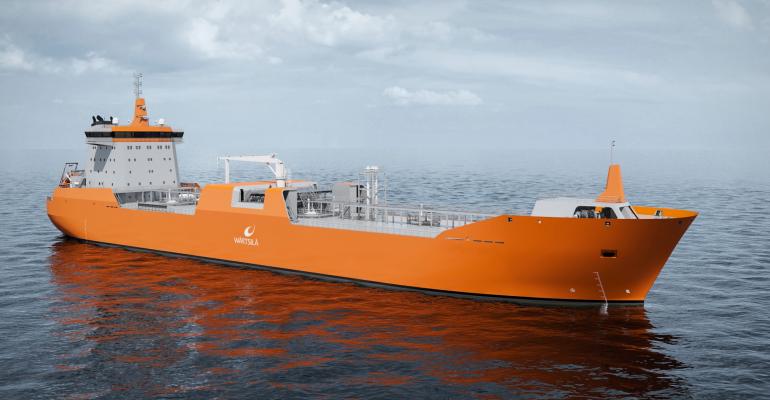 The small-scale LNG market is seen as growing market with a lot of potential but also currently stuck in a somewhat chicken and egg scenario.

Speakers at OSEA 2018 organised by UBM in Singapore mapped out good potential growth for small scale LNG in areas such as marine fuel and power generation but also saw a number of factors limiting development in the near term.

Saunak Rai, vice president (LNG business development and operations) for Norgas, described three pillars to small-scale LNG for the supply of gas to small power plants, often located on islands, LNG as a marine fuel, and LNG for transportation in sectors such as the mining industry.

The small-scale LNG shipping market is niche one with only currently 36 vessels of less than 30,000 cu m, one of which is in lay-up, according to Rolv Stokkmo, LNG Shipping & Product Broker, Poten & Partners. However, only two – four vessels are actually shipping LNG at the moment with most engaged in trades in the petrochemical gas sector.

“As we go forward see potential increased demand for these type of vessels – small-scale power plants being developed. Also the suppliers are now more willing to supply smaller lot sizes, previously those who wanted to build a small power plant couldn’t get supply,” Stokkmo said.

Tuomas Maljanen, a senior LNG shipbroker with Fearnleys Asia, said it was “quite a classic chicken and egg problem”, with not enough clarity of demand for speculative vessel orders.

Indonesia is seen as having good potential on the power generation front for small-scale LNG but with most power plants able to run on dual fuel the move to gas is taking longer than some had expected.

Sanjay Verma, director – business development LNG Asia, Wärtsilä said the difficulty would be fitting existing vessels to milkrun type operation given the varying size of power plants, and draught restrictions with many located upriver or low draught areas so one vessel would not be able to carry out the entire run.

Maljanen sees “amazing potential” for small-scale in LNG in Indonesia but that owners do have to consider Indonesia’s strict cabotage laws which require a local joint venture partner.

Another of major growth potential for small-scale LNG is its use as a marine fuel. According to Poten there are currently eight LNG bunker vessels on order with 12 on order for delivery by 2021.

Dr. Aydar Shakirov, Gas Transportation and Storage Analyst, Gas Exporting Countries Forum Secretariat saw the IMO’s 2020 0.5% sulphur cap as the driving force for the take up of LNG as marine fuel although at present the margin between the price of LNG and oil was not great enough for owners to convert to gas so they were opting to fit scrubbers instead.

At present LNG accounts for just 2.3% of the marine fuel market with some 98% of this from LNG carriers and just 2% from LNG-powered vessels of other types. At present there are just 120 LNG powered vessels, mainly in Europe and in particular Norway.

Looking ahead though Shakirov forecast that LNG as marine fuel demand would be 33mtpa by 2040 and account for 13% of the marine fuel market. Some 89% of this market would LNG-powered vessels with Asia accounting for a 44% share.