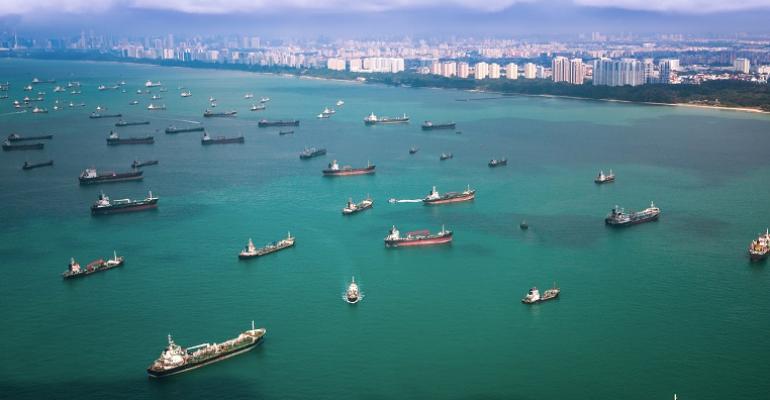 DNV, one of the founding industry partners in GCMD, is working with Surbana Jurong and Singapore Maritime Academy (SMA). The award comes after an invitation for proposals in October last year, which GCMD said had received a strong response with a shortlist of classification societies and engineering consultants.

The study aims establish safety guidelines and operational envelopes for two sandbox trials at two bunkering locations in Singapore. The study will build on existing guidelines for the safe handling of ammonia as a commodity.

Professor Lynn Loo, the CEO of GCMD, said “As with any new bunker fuel, there are safety and operational challenges associated with their use. GCMD has chosen to look at ammonia bunkering as its first project because ammonia is among the most energy-efficient green fuel to be produced.

“This study to define the safety and operations envelopes for ammonia bunkering is critical to its eventual adoption anywhere. We have chosen to commission this study in Singapore; with Singapore being a population dense island nation and a major bunkering hub, the stringent guidelines developed in this study will likely be extensible to ports elsewhere,” she explained.

Singapore is the world’s largest bunkering port with volumes of 50.04m tonnes in 2021, and is developing LNG bunkering infrastructure.

Knut Ørbeck-Nilssen, CEO of DNV Maritime, commented: “Our research shows that a number of safety gaps hold the potential to disrupt the speed and success of shipping’s energy transition. The safe handling of ammonia – among the most promising future fuels – is one such gap which urgently needs to be closed, given the threat it poses to seafarers and ships unless properly managed.”

GCMD has also signed letters of collaboration with 21 industry partners who have agreed to share confidential technical information with the consortium.