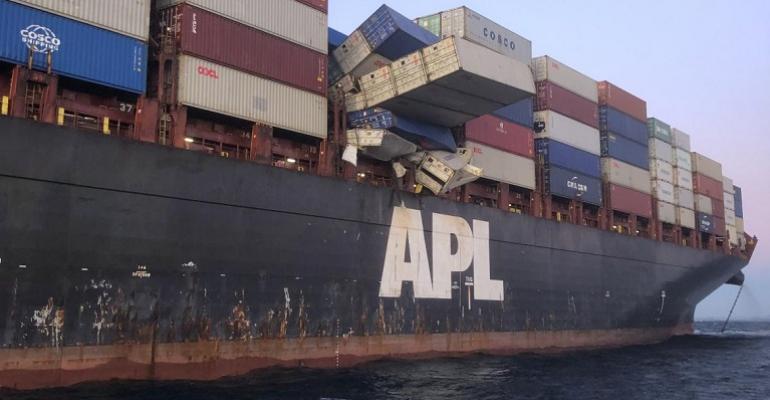 The Master of the containership APL England, which lost 40 containers overboard off Sydney on 24 May, has been charged in court today.

The Master of the APL England appeared in Wynnum Magistrates court on Monday facing two charges relating to the loss of containers from the vessel.

He was charged with the discharging of garbage at sea, and pollution and damage to the marine environment in the coastal sea of Australia or the exclusive economic zone of Australia. The charges carry maximum penalties in excess of AUD300,000.

The hearing was adjourned to 12 June in Brisbane Magistrates Court.

Meanwhile the vessel APL England remains under arrest in Brisbane.

The 2001-built, 5,510-teu APL England was en route from China to Australia when it experienced a temporary loss of propulsion during heavy seas off the coast of Sydney on 24 May.