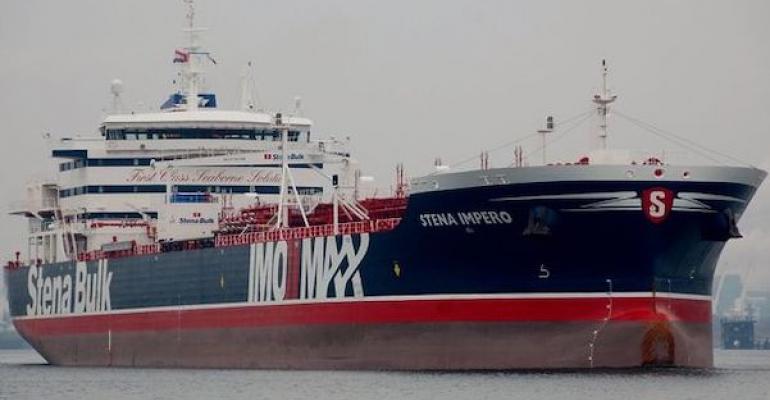 The chairman of the International Chamber of Shipping (ICS), Esben Poulsson told the Seatrade ShipTech Middle East conference in Dubai today that it was completely unacceptable for ships to be dragged into the diplomatic stand-off with Iran.

“Ships being taken while going through international waters and held with the crew in effect as hostages is totally unacceptable. If this happened with an aircraft the whole world would have their attention on it, but somehow the ships are forgotten in all this,” Poulsson said.

He added, “It should not be allowed to happen that hostages are taken in a diplomatic stand-off.”

Poulsson said the ICS was becoming more involved in the treatment of seafarers because of events such as the ship seizures. Late last year, the ICS called for a complete review of the IMO’s Standards of Training, Certification and Watchkeeping for Seafarers (STCW) convention. Poulsson told the conference the convention was not fit for today’s purposes.

The British-flagged, Swedish owned tanker Stena Impero was seized by Iran in the Strait of Hormuz on 19 July. Two weeks earlier, the British Navy had detained an Iranian vessel, suspected of transporting oil to Syria in breach of European Union sanctions.

Iran has reportedly said it is ready to release the Stena Impero, but Stena Bulk ceo Erik Hanell told Reuters on Tuesday that it remained in Iranian waters.