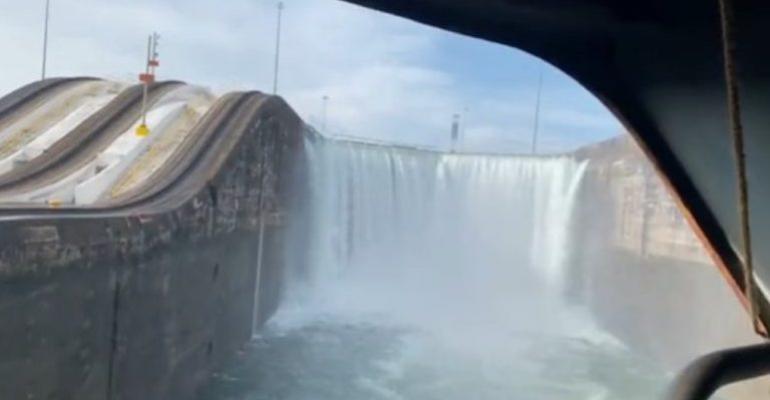 In the morning hours of Tuesday, 13 September a rare overflow occurred at the Gatun Locks in the Panama Canal temporarily blocking the west lane.

The Canal's technical team attended to the situation and two hours later, traffic was fully restored, said the Panama Canal Authority (ACP) in a statement.

The ACP has started of an investigation process by the ACP to clarify the causes that led to the waters overflowing in the west lane and its temporary closure.

Such incidents are rare. Similar events have occurred in the past, such as the one in 1972, in Gatun, which caused the complete closure of both lanes for about eight hours.

Also, in 2016, an overflow was reported over the Miraflores locks gates, which was immediately attended to.

The Panama Canal's uses specialised equipment to effectively control such mishaps in a short period of time, guaranteeing effective navigation and the safe transit of ships through the waterway.  Activity on the eastbound lane was maintained throughout.

The Canal uses a system of locks that function as water elevators, allowing ships to rise from sea level (either Pacific or Atlantic) to the level of Gatun Lake (26 metres above sea level); thus, ships navigate through the Canal channel.