Port of Rotterdam and Uniper to produce green hydrogen 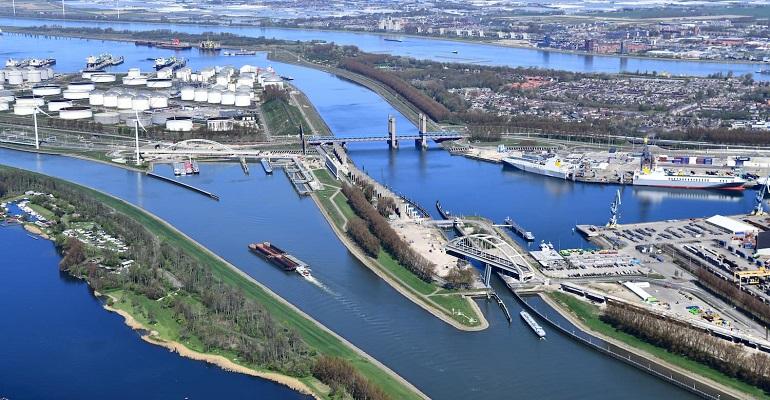 The Port of Rotterdam Authority and energy company Uniper have signed a Memorandum of Understanding for developing the production of green hydrogen.

The MoU covers producing green hydrogen at the Uniper’s location on Maasvlakte.

These plans are in line with the planned new hydrogen infrastructure that and the growing demand for sustainable hydrogen from the Rotterdam petrochemical industry.

No less than half of all Dutch IPCEI hydrogen projects are developed in Rotterdam. This Uniper project is on the Dutch IPCEI shortlist as well.

The Uniper location on Maasvlakte is ideally suitable for large-scale production of green hydrogen with the use of power generated by North Sea wind farms. The Uniper hydrogen plant is to be connected to the HyTransport.RTM pipeline that runs through the Port of Rotterdam.

The pipeline also connects the Uniper plant to the national hydrogen infrastructure and the Delta Corridor pipeline bundle. The latter project is intended for delivering hydrogen to chemical clusters in Moerdijk and Geleen (Chemelot) and farther away in North Rhine-Westphalia.

Industry in the Rotterdam area annually consumes about 77PJ of hydrogen, roughly 40% of the total hydrogen consumption in the Netherlands. The transition from grey hydrogen to sustainable green hydrogen in the Rotterdam industry for producing cleaner fuels and as a raw material in the chemical sector is a major step towards carbon neutrality.

“We have the strong ambition to convert our Maasvlakte location into a major link in the new European hydrogen value chain in close collaboration with the Port of Rotterdam Authority and other partners,” commented Yolande Verbeek, director of Uniper Benelux. “There is a host of opportunities, not only for Uniper but also for other players in the chain. Together we can use sustainable hydrogen to reduce CO2 levels in Rotterdam significantly.”

The port has the ambition to be carbon neutral by 2050 while retaining its central role in the European energy system. By then, according to expectations of the Port Authority, approximately 20 tonnes of hydrogen will flow through the port to consumers in the Netherlands and beyond.

“The industry has to go through a massive change in making its business processes more sustainable,” said Allard Castelein, CEO of the Port of Rotterdam Authority.

“Hydrogen will play a central role in this process. We are working with partners towards the introduction of a large-scale hydrogen network across the port complex, making Rotterdam an international hub for hydrogen production and import and for the transit of hydrogen to other countries in Northwestern Europe. This explains why initiatives like this Uniper project are so important for the future of Rotterdam and the Netherlands,” he added.