The risks faced by seafarers in electric vehicle fires 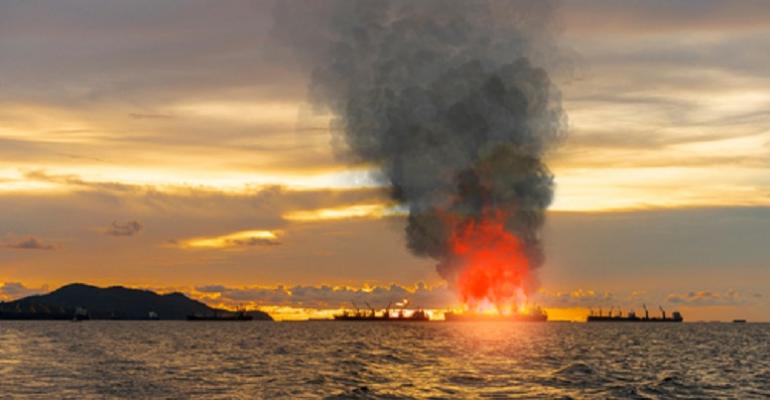 The concern over fires from electric automobiles, either as cargo or onboard ferries was highlighted by Tony In’t Hout, Director at Stream Marine Training (SMT).

In’t Hout warned of the dangers faced by the crew on vessels from lithium-ion battery fires that they are neither trained nor equipped to deal with.

Related: Regulatory framework seriously behind on container fires at sea

“In the maritime sector, the issue of electric vehicle batteries being highly flammable when they overheat is often overlooked,” he said. “People don’t realise how dangerous lithium-ion batteries are, so the shipping sector needs courses on how to fight fires – especially as we’ve seen quite a few blazes on ships in recent years caused by vehicle batteries.”

As ships carry more electric vehicles and also switch to new fuels such as methanol and ammonia crew face will face new risks in firefighting situations and SMT is rolling out a two-day course to train seafarers in dealing with the dangers they could face.

“An aluminium car battery holds eight times the power of a normal one, so it can fuel itself if it catches fire,” said In’t Hout. “Anyone working on ships needs to understand how to deal with that type of situation, which we cover on day two of the course.”

“Another example is if you have a ferry with a hydrogen truck, an aluminium-battery car and an LNG truck next to each other when a fire breaks out – what should the crew do in that scenario? Most seafarers won’t know because they haven’t had the relevant training.”