Robbers hit six ships in Singapore Strait in a month 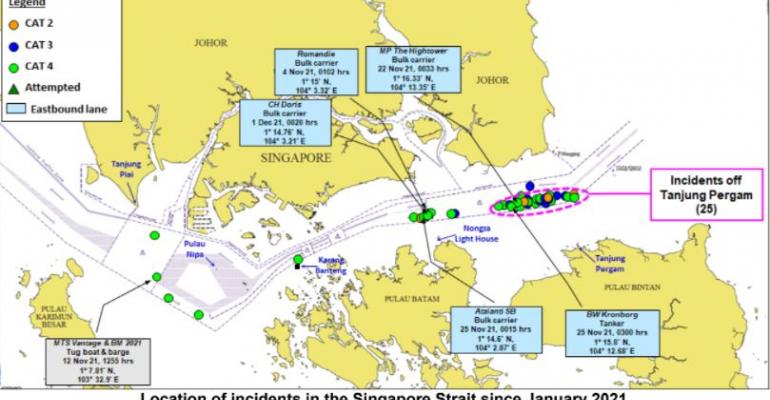 ReCAAP Information Sharing Centre has issued another warning on vessel boardings by robbers in the Eastbound lane of the Singapore Strait.

Between 1 November and 1 December six vessels were boarded by robbers in the busy shipping lane, with five of the incidents taking place in the eastbound lane of the Singapore Strait Traffic Separation Scheme.

In the latest incidents there were no reports of the perpetrators being armed or injuries to crew on vessels that were boarded. Engine spares were stolen in one incident, and ship stores in another.

The perpetrators in the continued incidents in the Singapore Strait have not been arrested and ReCAAP warns of the possibility of further boardings as result. Ships transiting the area were advised to “intensify vigilance”.

“The ReCAAP ISC urges the littoral States to increase patrols in their respective waters,  respond promptly to incidents reported by ships, strengthen coordination among the  littoral States and promote information sharing on incidents and criminal groups involved  in order to arrest the perpetrators,” it said.