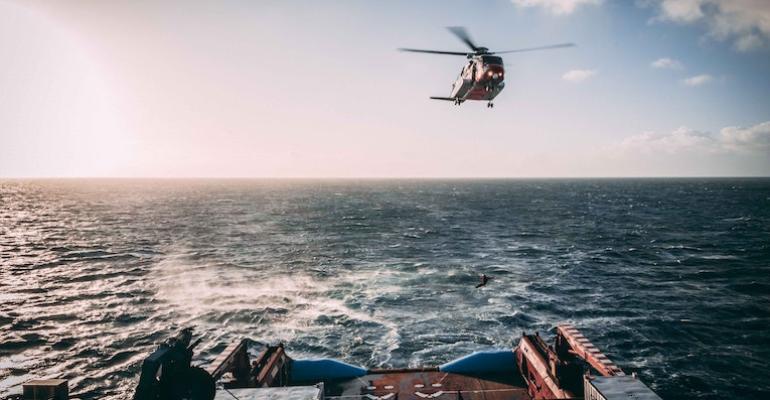 File photo: Helicopter in search and rescue operation at sea
Search and rescue efforts have been called off for a missing seafarer believed to have been lost overboard from a Berge Bulk vessel off New Zealand.

The Chinese seafarer was on board the Isle of Man-flagged, bulker Berge Rishiri, which left Bluff in New Zealand early on 27 August morning. The crew member was last seen at 8am on the same day and failed to report for duty at 4pm.

Maritime New Zealand said the crew of the bulker had searched the vessel and retraced its route for any signs of the missing seafarer. A search of the Otaga coast was conducted by a rescue helicopter and a nearby vessel.

Related: Sweating the assets – a bit of rest for seafarers?

Local news reports quoted a cold-water survivability expert engaged by Rescue Coordination Centre New Zealand (RCCNZ) as saying they believed there was little chance a person could have survived. All search assets have been stood down.

“We would like to know how long the seafarer had been at sea and on duty and have assurances they were not kept on the vessel longer than their contracted period, as we have seen huge mental health issues with seafarers basically kept captive on vessels for months and sometimes years,” he said.

Harrison said the New Zealand authorities must carry out a full investigation into the incident.