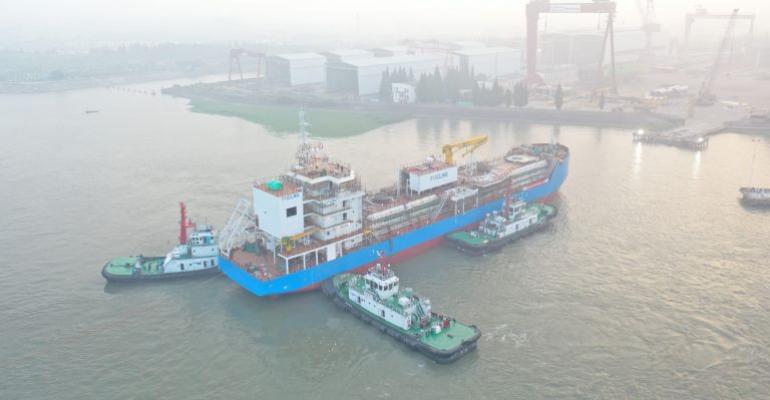 The use of LNG as a marine fuel and the development of LNG bunkering facilities and assets have increasingly and tangibly made their way into shipping over the past year, putting LNG at the forefront of being a viable alternative fuel for shipping.

Globally, LNG bunkering facilities are being established alongside a gradual rise in the number of LNG bunker tankers to support ship-to-ship fuel transfers, in addition to major players securing fuel supply deals and placing orders for LNG-powered newbuildings and

Perhaps the most significant new LNG-powered ships entering into operations are the series of nine 23,000-teu CMA CGM containerships, with the first vessel making a maiden call in Singapore on 12 October. 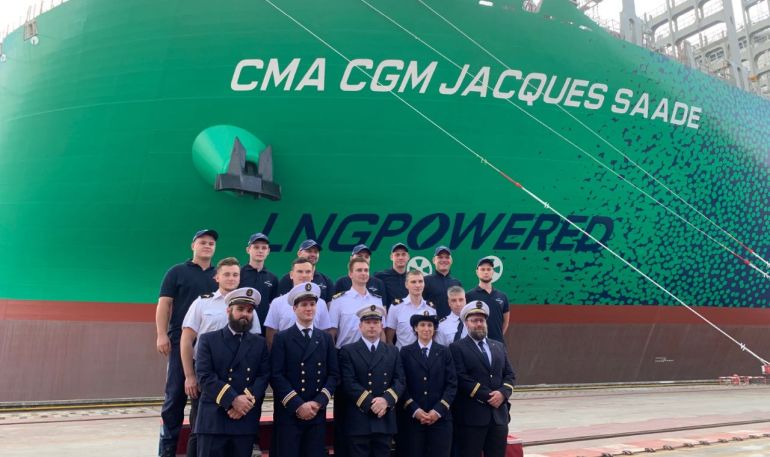 The fleet of four vessels, to be delivered through 2023, is expected to transport around 5m tonnes of iron ore a year from Anglo American’s operations in Brazil and South Africa, with both U-Ming and Anglo American committing to reduce greenhouse gas (GHG) emissions.

Australia’s mining giant BHP has also shown its commitment to reduce GHG emissions by awarding a LNG supply agreement to Shell for five LNG-powered newcastlemax bulkers for transporting iron ore between Western Australia and China from 2022. The bulkers are chartered by BHP for five years from Eastern Pacific Shipping.

Back in January, Chinese firms Zhejiang Wuxing Logistics and Shanghai Zhixian Transportation Shipping have agreed to jointly invest in and construct four plus four LNG dual-fuel 26,000-dwt multipurpose heavy lift carriers. The first vessel, scheduled for delivery by end-2020, will be deployed for the transportation of LNG modules to Russia, Singapore and Malaysia via the Chinese port of Mentou in Zhejiang province.

Throughout 2020, various new and existing LNG bunkering facilities globally are being developed to further boost the viability of using LNG as a marine fuel.

In March, Lithuania’s port of Klaipeda conducted its first LNG bunkering with the supply of the clean fuel to a cement carrier from the Malkos Bay Terminal. LNG bunker supplier Cryo Shipping said it will charter a LNG bunker tanker to promote Klaipeda as a key LNG bunker port in the Baltic and introduce ship-to-ship bunkering to the market.

In China, a Shenzhen international offshore LNG refueling centre project is being developed at Yantian port. The project aims to satisfy LNG fuel demands in China’s coastal area and attract more international LNG fuelled vessels to berth at Chinese ports. Upon the completion of the project, it is expected to achieve 230,000 tonnes of LNG refuelling volume annually.

In November, Poland’s port of Szczecin made its first foray into LNG bunkering with also a truck-to-ship operation. In the same month, Spanish utility firm Endesa announced plans to invest $35.6m to develop a LNG bunkering supply chain at its port terminal in Los Barrios in the Bay of Algeciras.

In the Americas, Cananda’s Cryopeak LNG Solutions Corp and Japan’s Sumitomo Corp penned a memorandum of understanding in September to jointly develop a LNG bunker fuels supply chain in Western Canada’s ports including Vancouver, Fraser River Port, Roberts Bank and Prince Rupert. Cryopeak is developing a proprietary design for a 4,000-cu m LNG bunkering barge to be used in an articulated tug and barge configuration (ATB), with plans to be in operation in 2023.

Cryopeak and Sumitomo to develop LNG bunkering for western Canada 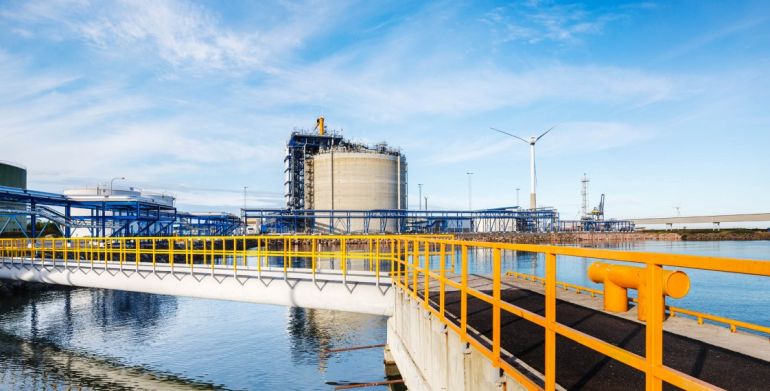 In a Singapore-Nordic tie up, Pavilion Energy and Gasum announced in October a partnership to develop a global LNG bunkering supply network. The move combines some of the largest traditional bunkering ports into a single network for LNG fuel supply to ships. Gasum has established operations in the Nordic region operating five LNG bunker vessels as well as LNG terminals. Pavilion Energy holds one of two existing LNG bunkering licenses in Singapore and carries out truck-to-ship bunkering operations.

Singapore, the world’s largest bunkering port, is moving to entrench its position by scaling up its LNG bunkering capabilities. Chee Hong Tat, Singapore’s senior minister of state, ministry of transport and ministry of foreign affairs, said in October that the Maritime and Port Authority of Singapore (MPA) is ready to issue additional LNG bunker supplier licences to support the growing demand for LNG bunkers.

But in addition to Singapore’s first bunker tanker, there have been positive developments on LNG bunker tankers in other countries as well.

At the start of this year, Public Gas Corporation of Greece (DEPA) and European Investment Bank (EIB) signed an agreement with financing of up to $22m to construct the first LNG bunkering vessel for use in Piraeus, Greece. With a capacity of 3,000-cu m of LNG, the bunker tanker is expected to be the first of its kind in Greece and the Eastern Mediterranean.

The following month, Japan launched its first pure LNG bunker tanker, the Kaguya, which will be operated by LNG Marine Fuel Japan Corp and be based at JERA’s Kawagoe Thermal Power Station to deliver LNG to ships in the Chubu region. 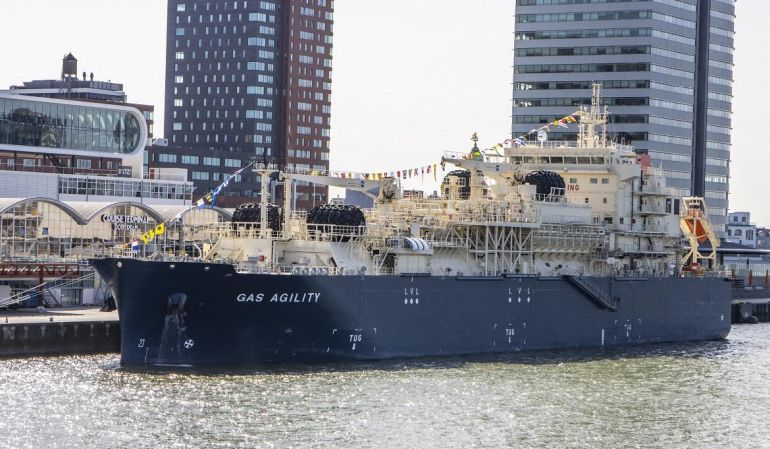 Toward the end of the year, oil major Shell said it aims to double its LNG bunkering fleet by 2025 in view of the expected increase in the use of the clean gas for ships. Shell’s executive vice-president Steve Hill was reported saying that LNG is readily available “in all major ports” and a widespread use as a marine fuel only requires “those last mile investments”. Shell currently has six LNG bunker tankers in operation or about to start service.

At the Seatrade Maritime Middle East Virtual panel discussion held on 15 December, LNG and LPG have been singled out as the available fuel options right now for shipping to move towards its decarbonisation goal.

Steve Esau, general manager of SEA-LNG, concurred that LNG offers immediate greenhouse gas reductions and paves the way for further long term decarbonisation through the use of zero emissions bio-LNG and synthetic LNG.