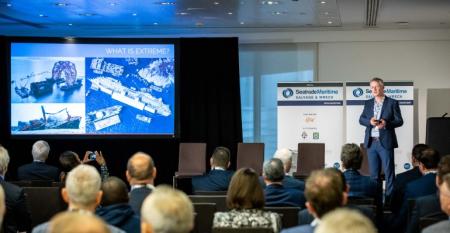 NYK completes ammonia-ready VLCC and Capesize concept designs
Nov 28, 2022
Japanese shipowner NYK says that along MTI and Elomatic it has completed concept designs for an ammonia-fuel ready Capesize bulker and a VLCC.

Shipping an easy target for regulators over bigger polluters
Nov 24, 2022
As the shipping industry is navigating the winds of change it is to blame for it becoming the focus of world regulators rather than other much heavy polluters, according to John Platsidakis.

Clarksons sees mixed signals across shipping markets
Nov 14, 2022
The container and dry bulk sectors are the most vulnerable to risks from the world economy but uncertainties prevail in other sectors too.

Broking heavyweights proceed with mega-merger
Nov 04, 2022
Tanker and sale and purchase broker Galbraiths and dry bulk specialist IFCHOR are set to merge with a share for share agreement that is expected to close within the next few weeks.