HomeMaritime NewsShip OperationsStena Line announces redundancies and furloughing of staff
Recent
Topics
Recent News
Yang Ming and Wan Hai joining Silk Alliance
May 27, 2022
Take a second look at contracts in shifting markets
May 27, 2022
Calculating and reducing CO2 emissions on charter voyages
May 27, 2022
Thomas Knudsen promoted to Chairman of Toll
May 27, 2022
Trending Now
Ningbo-Zhoushan hits record container volume amid Shanghai lockdown
May 09, 2022
MSC to operate future 2.5m teu Panama box terminal
May 20, 2022
Iran oil exports to China on the rise, West ‘distracted’ by Russia-Ukraine
May 16, 2022
Seafarer shortage – rising wages and fake CVs
May 25, 2022
Coronavirus - Everything you need to know
brought to you by 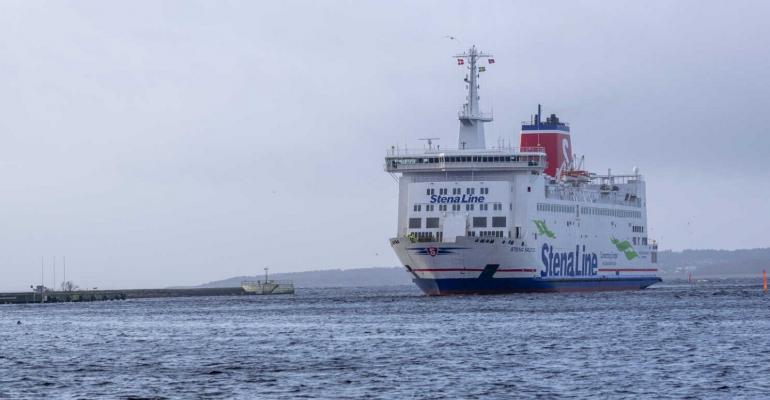 Ferry operator Stena Line has announced that it plans to temporarily suspend the employment of 600 of its 2,500 strong seafarer, docker and port service workforce in the UK and Ireland and seek a further 150 redundancies on account of the COVID-19 crisis.

The company, which operates 326 crossing a week on the Irish Sea (252) and North Sea (73), says it will apply to the UK/Republic of Ireland government job retention/salary subsidy schemes to help cover wages of the suspended workers, making up any shortfall itself to ensure furloughed workers receive 89% of their current salaries.

P&O Ferries had earlier announced a similar move, furloughing 1,100 of its staff at end-March in order to concentrate on freight services, carrying only “essential workers” as passengers.

Stena’s latest move follows its announcement of up to 950 redundancies in Scandinavia in mid-March, in order to “limit the drop in demand and secure the continuity of our freight operations,” according to Stena Line ceo Niclas Mårtensson.

It represents a dramatic reversal in fortunes for the company on the Irish Sea where it is the leading ferry and port operator. In early March it celebrated the inauguration of new ferry Stena Edda on Liverpool-Belfast sailings, becoming the largest vessel on the route and the first of three Stena newbuildings together worth over £200m destined for the Irish Sea. “We are committed to enhancing and developing our services on these routes,” Paul Grant, Stena Line chief commercial officer of Irish Sea and North Sea, said at the time.

“We fully understand the huge financial impact of Coronavirus. Our union will work with Stena to seek to avoid the need for any redundancies,” Cortes said.

"We welcome the fact that Stena is proposing that employees should be furloughed as an alternative to redundancies, but are naturally concerned that redundancies are proposed anyway.”

Bob Saguinetti, ceo of the UK Chamber of Shipping, has emphasised the importance of ferry companies being able to speedily access the UK job retention scheme for furloughed workers, which promises to pay 80% of salaries capped £2,500 a month.

“We have already seen a number of ferry companies reduce their services and send a large number of their staff home. Unless these companies get access to the government financial packages now, this is likely to be followed by further reduction of services, or indeed companies going out of business,” he warned.