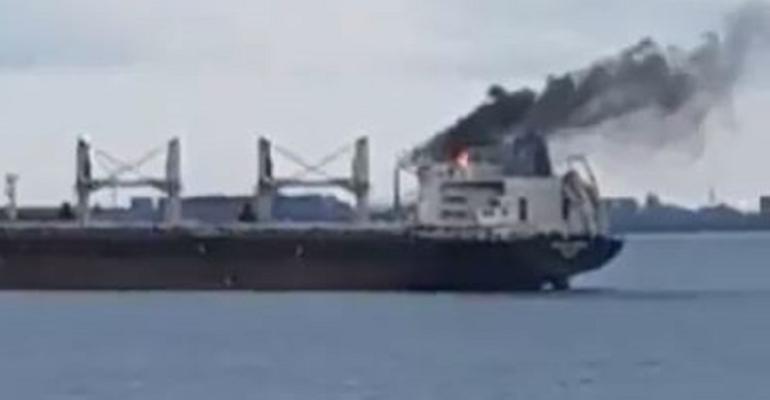 Six weeks into the war in Ukraine and over 100 vessels with 1,000 seafarers onboard are still unable to leave Ukraine ports and nearby waters. Many of the seafarers are on vessels in the port of Mariupol, which has come under heavy Russian bombardment, or on vessels in the Sea of Azov.

A call for “urgent action” was made in a joint letter to the heads of the United Nations High Commissioner for Refugees (UNHCR), International Committee of the Red Cross (ICRC) and Médecins Sans Frontières (MSF), ILO Director-General, Guy Ryder and IMO Secretary-General, Kitack Lim.

Related: Situation ‘dire’ for seafarers in Sea of Azov as supplies dwindle

“As well as the dangers arising from bombardment, many of the ships concerned now lack food, fuel, fresh water and other vital supplies.  The situation of the seafarers from many countries is becoming increasingly untenable as a result, presenting grave risks to their health and well-being,” the letter stated.

On 23 March the International Transport Workers Federation (ITF) described the situation as “dire” in a joint briefing with the International Chamber of Shipping (ICS). The ILO and IMO noted that its letter followed urgent communications sent by the ICS and ITF.

“ILO, IMO, ICS and ITF are working together to provide these relief agencies with information that may assist them to address this situation.”

Attempts to set up blue corridors for vessels to sail out of the war zone has proved difficult and dangerous with waters mined around ports and ongoing conflict.

Merchant vessels have come under fire in waters near the Port of Mariupol. The State Border Guard of Ukraine reported on 5 April that a Dominican Republic-flagged cargoship Azburg located near to a berth was hit by shelling causing a fire in the engine room and injuring a crew member.

An SOS signal was reported to say: "Warning! Warning! The ship under the flag of the Dominican Republic was brutally destroyed, everything was destroyed, the bridge was destroyed. Fire in the engine room. There are wounded." A video recording is posted below of the SOS.

The border guard said they evacuated the wounded and crew to safety as the vessel started to sink.