Finally home - Angelic Power seafarers stranded for up to 17 months 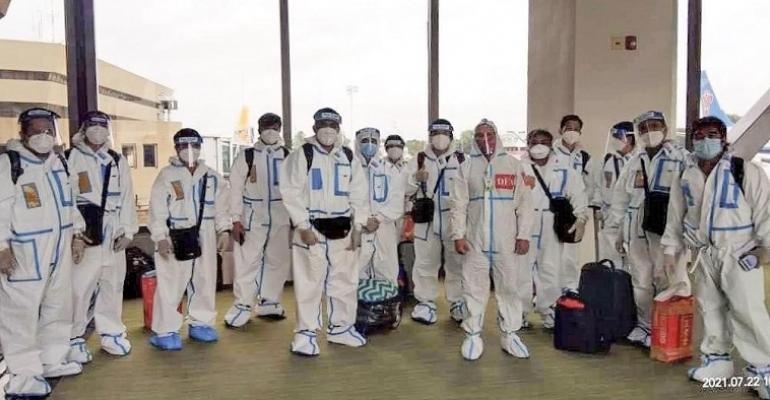 Fifteen seafarers stranded onboard the bulker Angelic Power in Southern China have returned home after up to 17 months onboard the vessel.

The Angelic Power which discharged its cargo in Guangzhou in July 2020 had been at the centre of a commercial dispute between the cargo’s receiver and owner Angeliki Dynamis Investment, it remained in South China and was arrested by the courts in December last year.

Seven Greek crew were repatriated in April this year, but 13 Filipino and two Greek crew were obliged to remain onboard, even though according to the International Transport Workers Federation (ITF) the owners had abandoned the vessel and stopped paying the crew in February 2021.

The Philippines Department of Foreign Affairs welcomed the arrival of 13 Filipino crew in Manila on Thursday.

“The Office of the Undersecretary for Migrant Workers’ Affairs and the Philippine Consulate General in Guangzhou were in close coordination with the ship agent and the licensed manning agency, Magsaysay Maritime Corporation, on the concerns and welfare of the seafarers, including the payment of their salary. We are delighted that finally, after long months, they are all going home,” said Philippines Foreign Affairs Undersecretary Sarah Lou Y. Arriola.

According to the ITF the vessel’s crew is owed $221,000 wages since it was abandoned and it is hoped some of these monies can be recovered when the Chinese courts sell the ship. The repatriation of the crew is being paid for by the ship’s insurers. 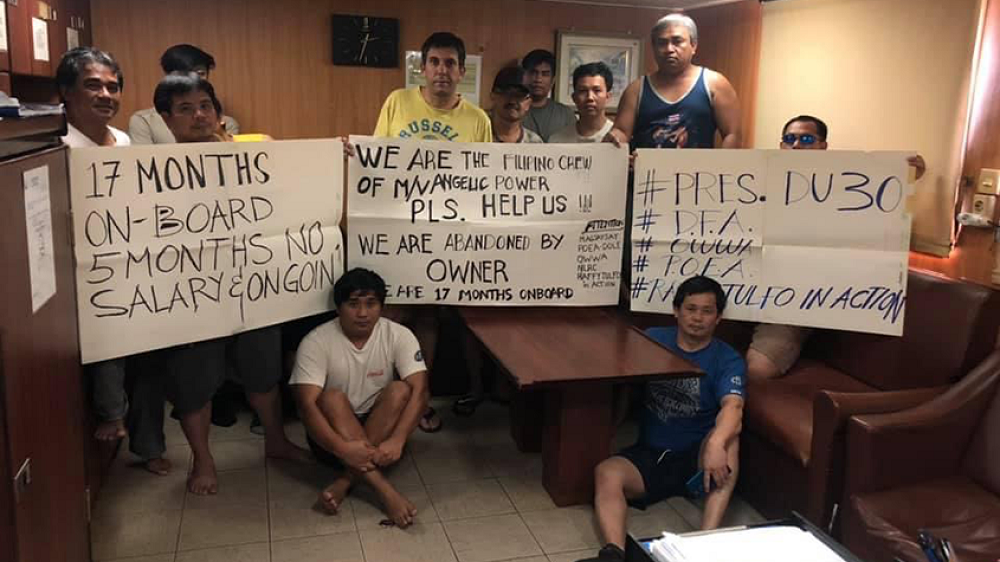 The ITF called for swifter actions by courts to address seafarer repatriation in cases of abandonment.

“Some of these people were on this ship for 17 months,” said Steve Trowsdale ITF’s inspectorate coordinator. “That has a terrible psychological effect. Now, they have finally been able to successfully disembark the ship and are able to return home to their families. Maritime courts need to do better for crew on abandoned ships all round the world.”

Only recently did the courts allow five Chinese relief crew to go onboard the vessel to learn its operation and let the 15 abandoned crew finally go home.

ITF’s inspector Jason Lam (MNOG-HK) who has been checking in with the crew of the Angelic Power, said:  “Their physical and mental wellbeing has got noticeably worse as the months go on. The court appointed a local agent and funded the supply of provisions, water and other necessities. This is great, but still the court effectively imprisoned 15 entirely innocent people.”